By the end of 2020, some 50,000 Jews will make Aliya (immigrate) to Israel, almost twice as much as in previous years, Jewish Agency officials told the Knesset and called on the government to make the required preparations.

The Knesset’s Immigration, Absorption and Diaspora Committee discussed Aliyah to Israel in the near future, during which Dr. Ayala Eliyahu, a researcher at the Knesset Research and Information Center, explained that the Coronavirus (COVID-19) pandemic and the subsequent global crisis brought to a sharp rise in the interest in Aliyah.


There was a significant increase in applications for immigration since the onset of the Coronavirus crisis from North American and Western European countries, compared to the same period the previous year .

Although flights have been grounded nearly everywhere in recent months due to the Coronavirus pandemic, Aliyah continued.

The number of immigrants to Israel during the Corona crisis was 2,693, a 70% drop in comparison to the same time period in the previous year.

Shai Filber, director of the Immigration Unit at the Jewish Agency, also reported a threefold increase in applications from France. He highlighted the economic collapse of many Jewish communities, including established communities, and noted the wave of anti-Semitism on the one hand, and the appreciation of Israel’s treatment of the Coronavirus crisis on the other hand.

Ronen Foxman, a representative of the Nefesh B’Nefesh Aliyah organization, reported a sharp rise, about 200-400% percent, in the interest in immigration from the US and the United Kingdom, an interest that includes the completing all the required forms and documents, and yet another increase since the recent wave of riots in the US following the death of George Floyd.

Nefesh B’Nefesh saw a 100% increase in North American interest in Aliyah in comparison to numbers from May 2019, the highest recorded month of Aliyah applications that Nefesh B’Nefesh has experienced in the past 18 years, since its founding.

Committee Chairman Member of Knesset David Bitan ordered the Jewish Agency to present an assessment plan for their absorption operations, including the opening of additional absorption centers.

Likewise, he demanded from the Budget Department of the Treasury to increase the budget for the Ministry of Absorption. 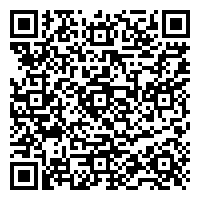