The unique meaning of Eretz Israel — the Land of Israel — is that it can provide one with meaning and connection, because God is more revealed here than anywhere else in the world, according to Rebbetzin Tziporah Heller of Neve Yerushalayim College in Jerusalem.

The Rebbetzin shares her insights on the value of aliyah (moving to Israel) and living here, in a brief video she recorded for the “Bring Them Home” project. She is one of at least 10 mainstream rabbis and rebbetzins from English-speaking countries who have fulfilled the mitzvah of returning to the Land of Israel, and who are participating in the “Bring Them Home” project. Each of them has recorded a brief video in which they discuss the mitzvah of returning to the Land, and the importance of actually living here in Israel.

“They just reported that there were 450 attempted terrorist attacks in this half year … that were prevented by the security forces,” Rebbetzin Heller remarks in her video. “So you could say, ‘Oh what marvelous security forces. But you know what? They’re just like you and me. They’re people. This is something much bigger than that. It’s Hashem’s intervening because He wants us here now. He wants it to be possible for us to be here now.

“You may say, ‘I don’t know. Are people doing this?’ There’s an organization called “Bring Them Home.” Contact them and you will find out how you can do it,” the Rebbetzin urges. 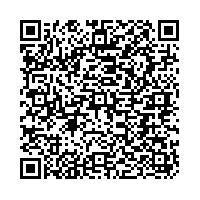