Not even 48 hours into Naftali Bennett being approved as Israel’s newest Defense Minister, the IDF resumed their policy of targeted killings and assassinated Islamic Jihad commander in Gaza, Bahaa Abu al-Ata, overnight on Tuesday. Al-Ata was the commander of Islamic Jihad Northern Al Quds Brigade.


According to the IDF, al-Ata’s next attack against Israel was imminent.

Following the attack, the IDF sent a calming message to the Gazans stating this is not a resumption of their targeted killing policy, but rather just a one-off operation.

Al Ata was directly responsible for hundreds of terror attacks against Israeli civilians and soldiers.

Baha Abu al-Ata normally surrounded himself with children as human shields making it difficult to target him. This morning, the IDF targeted his bedroom with a precision missile when he was alone with his wife.

“Senior Islamic Jihad commander Baha Abu al-Ata was targeted overnight in Gaza. He was responsible for many terrorist attacks and the firing of rockets at the State of Israel in recent months and had intended to carry out imminent attacks.

The IDF action was recommended by the IDF Chief-of-Staff and ISA Director and was approved by the Prime Minister and Defense Minister after it had been presented to – and approved by – the Security Cabinet.”

There have been multiple rocket attacks from Gaza since the early morning. Iron Dome has intercepted a number of missiles from the various waves.

The IDF estimates there is going to be a few days of rocket attacks against Israel.

Islamic Jihad Al Quds Brigade announced they will be attacking Israeli cities, including Hadera (in central Israel) and Jerusalem, and they are going to war.

All schools around the Gaza area within a 40 kilometer radius are closed this morning, including in Beer Sheva, Ashkelon and Ashdod.

The political fallout from this strike will also affect Israel’s coalition negotiations.

To begin with, this is a hit to Avigdor Liberman, who loudly declared that he would kill Hamas terrorist leader Ismael Haniyeh within 48 hours of being appointed Defense Minister.

After Liberman was appointed Defense Minister, he did not assassinate Haniyeh. The ongoing joke in Israel is that anytime Liberman makes a proclamation, people often add on “within 48 hours” to his statement.

This takes the Arab Joint List out of the coalition negotiations equation. They have been openly hinting that they would support Gantz from the outside. Which together with Liberman, probably also on the outside, would allow Blue&White’s Benny Gantz to form a minority coalition government.

But earlier this week, MK Ahmad Tibi made it very clear on TV that his Joint Arab List would absolutely vote to disband a Gantz-led government if it launched an IDF operation against the missiles from Gaza.

As for Blue&White’s MK Benny Gantz, this now makes it much easier for him to enter a Netanyahu-led coalition, whether with a rotation deal or not – for the “national interest” of the country, of course.

Gantz has already stated that political echelon made the correct decision and that the war on terror “demands tough decisions.” According to reports, PM Netanyahu informed MK Gantz of the planned operation a week ago.

Somewhat presciently, upon accepting the Defense Minister position, MK Ayelet Shaked tweeted that Naftali Bennett had accepted the position only until a new government was formed.

Bennett’s taking over the position allows Netanyahu to focus on coalition negotiations during the fighting with Gaza, and if Gantz joins, Bennett is likely to step aside for Gantz to come in and take over as senior coalition partner and Defense Minister.

According to reporter Amit Segal, the decision to assassinate Baha Abu al-Ata was made a week before the elections, apparently after Islamic Jihad launched a missile at Ashdod while Netanyahu was speaking in the city, but the operation held up for legal and operational reasons.

As an aside, Hamas may not mind what happens next, if Israel only focuses on fighting Islamic Jihad.

Islamic Jihad has been a thorn in the side of Hamas. If the IDF doesn’t hit any Hamas targets, Hamas may be fine watching from the sidelines as its two enemies attack one another. 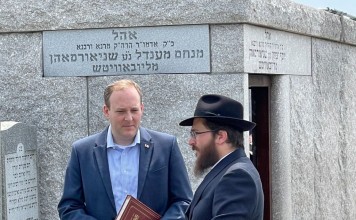