US envoy to the UN Nikki Haley on Friday wrote in a Washington Post op-ed the UN Human Rights Council (UNHRC) is singling out Israel for relentless condemnations, while truly heinous regimes such as Venezuela and Cuba go scot-free because they are members of the Council.


In fact, Haley reminded her readers, “In 2014, Russia invaded Ukraine and took over Crimea. This illegal occupation resulted in thousands of civilian deaths and injuries, as well as arbitrary detentions. No special meeting of the Human Rights Council was called, and the abuses continue to mount.”

Haley will visit Israel for the first time as UN ambassador next week, presumably to help celebrate the 50th anniversary of the Six Day War. But on her way over she will stop in Geneva, Switzerland, to address the UNHRC. It’s a crucial visit for the vehemently anti-Israeli world body, because President Trump has threatened to leave. In fact, Haley has stated that she plans to make her recommendations to the President on staying in or quitting the UNHRC based on her discussions in Geneva.

Haley detailed her plans for next week’s Geneva visit: “I will outline changes that must be made. Among other things, membership on the council must be determined through competitive voting to keep the worst human rights abusers from obtaining seats.”

She envisions changes in the method of picking new members: “As it stands, regional blocs nominate candidates that are uncontested. Competition would force a candidate’s human rights record to be considered before votes were cast.”

Finally, there’s the unacceptable treatment of one country, as Haley put it: “The council must also end its practice of wrongly singling out Israel for criticism. When the council passes more than 70 resolutions against Israel, a country with a strong human rights record, and just seven resolutions against Iran, a country with an abysmal human rights record, you know something is seriously wrong.” 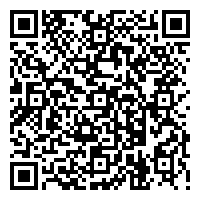