US Ambassador to the UN Nikki Haley called on the United Nations to oppose the Palestinian Authority attempt to place Hebron and the Tomb of the [Jewish] Patriarchs on the UN’s World Heritage in Danger list, in an upcoming vote in Kracow, Poland on Friday.

Haley said, “The Tomb of the Patriarchs, which is sacred to three faiths, is under no immediate threat. Such a designation risks undermining the seriousness such an assessment by UNESCO should have.”

The statement was issued in a letter she sent to UN Secretary-General Antonio Guterres and UNESCO Director-General Irina Bokova.

Haley pointed out that there are heritage sites that are in real danger around the world, and this symbolic act against Israel is a waste of UNESCO’s attention.

Two-thirds of the committee members need to support the resolution in order for it to pass. As Israel could not get the vote canceled, it hopes to have the voting done by secret ballot so that individual countries will not feel threatened or pressured to vote against Israel. 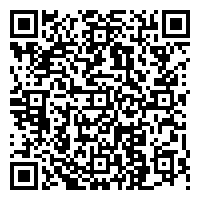