On a Monday afternoon two weeks ago, a Muslim bride and groom, Nour Abu Asi and Mohamed Byadsi, were driving back from taking pre-wedding photos outside their hometown of Jatt, an Arab-Israeli town in the triangle region, when they spotted a motor vehicle accident involving a young boy on his bicycle and a truck. Dressed as they were in their wedding attire, the couple, both United Hatzalah volunteer first responders, didn’t hesitate to stop and provide emergency medical treatment to the injured nine-year-old boy.

“The boy was riding his bicycle when he suddenly swerved and hit the truck, sustaining some serious lacerations and contusions,” said Mohamed. “I didn’t think twice, as I pulled the car over. Nour and I both got out and rushed over to assist the young boy while calling the United Hatzalah’s Dispatch and Command Center and requesting additional volunteers and an ambulance. Our wedding was put on hold for a while.”


Nour, who in addition to being a first responder for United Hatzalah is also a nurse in Tel HaShomer Hospital, bandaged the boy’s hands while her husband-to-be, Mohamed, checked his vital signs and took an oral history.

“The boy was crying and we tried to comfort him while bandaging his wounds. We asked the dispatcher to try to get in touch with his parents,” said Nour.

When the boy’s parents arrived at the scene, they declined an ambulance transport and instead took the boy to a nearby hospital on their own. They thanked the almost-newlyweds profusely for their help. Nour and Mohamed got back into their car and headed back to the wedding hall for the ceremony.

“Wherever I go and whatever I am doing, I feel a sense of responsibility to help others because I have the training and ability to do so,” said Mohamed. “Wearing my wedding suit, in the middle of my wedding day, that’s when God decides to test me and see if I would still live up to my responsibility of helping others. Of course, I decided to stop the car and help. What else can a volunteer EMT do on his own wedding day? What better way to celebrate than by helping others? Nour and I didn’t even think twice, we jumped at the opportunity to help. I’m thankful that we passed this first test of our marriage together.” 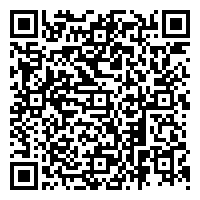