Social networks among animals are critical to various aspects of their lives, including reproductive success and survival, and could even teach us more about human relationships.

Dr. Amiyaal Ilany, a biologist at the Mina and Everard Goodman Faculty of Life Sciences at Bar-Ilan University in Israel, integrates behavioral ecology, network science, and social science, to study broad aspects of social behavior in the wild. As a postdoctoral researcher at the University of Pennsylvania, he developed, together with Dr. Erol Akçay, a theoretical model suggesting that social inheritance – in which offspring inherit their social bonds from their parents, either passively or by copying them – could explain the social networks of multiple species.


In a study published today in the journal Science, the researchers show, for the first time on such a large scale, that their model correctly hypothesized that a process of social inheritance determines how offspring relationships are formed and maintained. Their study also elucidates the major role that social rank plays in structuring the spotted hyena clan, and how this affects survival.

To test their model Ilany and Akçay forged a partnership with Dr. Kay Holekamp, of Michigan State University. Holekamp had spent the previous 27 years observing wild spotted hyenas in Kenya. The researchers pored over Holekamp’s data, which included nearly 74,000 social interactions among the spotted creatures.

“Social affiliations are, indeed, inherited within clusters of hyenas. The plethora of data on spotted hyenas that were collected by Kay Holecamp provided us with a golden opportunity to test the model we developed several years ago,” says Dr. Ilany, the lead author of the study. “We found overwhelming evidence that social connections of offspring are similar to those of the mother. A mother who has social affiliations with another hyena can connect her offspring to that hyena and the two, in turn, will form a social bond. Even after the mother-offspring bond itself weakens dramatically, the offspring remain connected to their mother’s friends.”

Spotted hyenas live in clans, the size of which depends on the abundance of prey and may vary from only a few individuals to more than a hundred. Life in the clan can be difficult for lower-ranked individuals. They may be excluded and may not get access to food.

“Rank is super important,” says Dr. Akçay, who co-authored the study. “Spotted hyena live in a matriarchal society. Those born to a lower-ranked mother are less likely to survive and to reproduce.” Descendants of high-class individuals face fewer constraints than descendants of lower-class individuals in choosing their social partners. The researchers found that offspring born to high-ranked mothers copied their mother’s bonds more accurately than those born to low-ranked mothers.

Social inheritance plays an important role in survival, and the researchers discovered an association between the two in both mothers and female offspring. There was a positive relationship between offspring survival and social associations that were similar to their mothers, but only in offspring of high-ranked mothers. Mothers of offspring who were more similar to them in the social association were more likely to survive the following year, possibly reflecting a change in maternal relationships as they get older.

The results of this study suggest that social inheritance plays an important role in building the social networks of hyenas and further supports Ilany’s and Akçay’s hypothesis that in species with stable social groups, the inheritance of social connections from parents is the cornerstone of social structure. In several species, successful social integration is associated with higher survival and reproductive success. The results add to this by showing that social inheritance is also associated with both offspring and mother survival.

The researchers note that social network inheritance likely contributes to a group’s stability, and also has implications for how behaviors are learned and spread through groups. The study also underscores how factors other than genetics hold sway in key evolutionary outcomes, including reproductive success and overall survival. “A lot of things that are considered by default to be genetically determined may depend on environmental and social processes,” concludes Ilany. 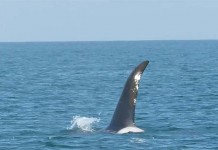 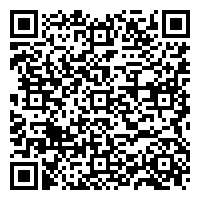