Shehadeh Abu al-Qiyan, 25, a resident of the Bedouin community of Hura in the Negev, was instructed by the Gaza Strip-based terrorist organization Kitab ul-Mujahideen to enlist in the IDF and promote terrorist activity, the Shin Bet revealed on Thursday. Abu al-Qiyanm was arrested on May 30. He is a relative of the terrorist who killed four civilians in a terrorist attack in Be’er Sheva in March.

During his Shin Bet interrogation, Abu al-Qiyan confessed to carrying out various tasks for the terrorist organization, including intelligence gathering, photographing military sites, and stealing weapons to he would hand over to terrorist elements. He also revealed being instructed to enlist in the IDF to gather secret military information and promote terrorist activity. He carried out most of these assignments before enlisting in the IDF and was arrested a few days after his enlistment.


Bedouins are not required by law to serve in the IDF, but as early as the 1950s, Bedouins have elected to enlist as scouts or as Border Guard officers. Today, only a small percentage of Bedouin youths join the IDF.

Abu al-Qiyan said his motive for collaborating with the terrorists was his identification with their agenda, as well as his desire to avenge the state’s demolition of his family’s illegally constructed home. He was indicted on crimes against national security including membership in a terrorist organization; aiding and abetting the enemy in time of war; providing information to the enemy with the intent to harm state security; operating weapons for terrorist purposes; aggravated theft, and weapons-related offenses.

According to the indictment, following the demolition of his father’s home in 2019, the defendant decided to act against the State of Israel. That same year, the defendant stole from IDF soldiers who were in the Yatir area an M4 rifle with a cartridge and a laser marker, and hid them in a sack underground, near his area of residence. In 2021, the defendant contacted an operative for a terrorist organization from Gaza, expressed his desire to enlist in a terrorist organization, and later enlisted in Kitab ul-Mujahideen.

The defendant provided information on military helicopters that transferred IDF soldiers, and on soldiers’ training in his area of residence, as well as photos he took from a military base in the Shomria area and places in Be’er Sheva, including the train station in the city. On May 22, the defendant enlisted in the IDF and provided the enemy with names, telephone numbers, and photos of Bedouin soldiers who serve in the IDF. 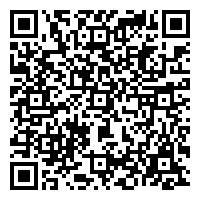