The results of the investigation into the tragic deaths of Major Itamar Elharar and Major Ofek Aharon at the hands of an officer in their unit, Sayeret Egoz, were presented to IDF Chief of Staff, Lieutenant General Aviv Kochavi. The investigation report states that the incident resulted from a command initiative, as part of protecting against the rampant theft by local civilians, and to preserve the unit’s weapons when it was training at ranges in Nabi Musa.

The report says that Elharar and Aharon were hit and killed by fire from a squad commander, Lt. N., and that the victims had also engaged in friendly fire.


Unit 621, a.k.a. Sayeret (special force) Egoz (Nut) is an elite IDF unit specializing in guerrilla warfare, special reconnaissance, and direct military action. It is a part of the IDF Central Command’s 89th Brigade, a.k.a. the commando brigade. Egoz recruits undergo an intense, 16-months training program, one of the most rigorous and physically demanding training regimens in the Israeli army. Egoz prepares its soldiers for operations in multiple environments in and around Israel and the Liberated Territories, as well as longer-range operations behind enemy lines in Lebanon and Syria. Egoz is a flexible and highly trained unit tasked with multiple missions that include irregular warfare, special reconnaissance, direct action, counter-terrorism, and joint special operations.

The investigation shows that the incident did not occur due to a security problem in the training areas and not due to gaps in the rules of engagement. The committee also found that in recent years, especially in 2021, the IDF has taken numerous actions that have proven effective in preventing the theft of weapons from the training areas, which has led to a significant decrease in thefts. In the past, before the rules of engagement regarding stopping thieves were changed, bands of Bedouin thieves used to raid IDF training facilities unmolested and walk away loaded with stolen weapons and ammunition.

But according to the report, the squad commander went out on his own to stop what he thought were thieves, without seeking prior approval, without coordination, and while leaving his designated area of operation in an unprofessional manner. All of the above contributed to the two officers’ being shot by Lt. N. as a result of misidentification which led him to fear for his life.

The Chief of Staff removed Lt. N. from his post and decreed that he will never again serve in a command position in a combat unit.

Along with the decisions which directly concern the tragic incident, the Chief of Staff ordered several systemic changes in all IDF units, to uproot the wrong norms that led to the incident and assimilate the necessary lessons. 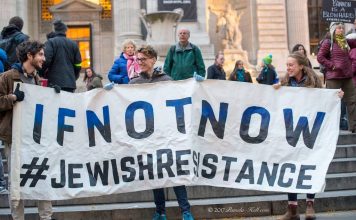