A contractor involved in renovating a field near an Israeli army base where dozens of IDF weapons were stolen, and who is considered a suspect in the case, has mysteriously disappeared, his phone has gone unanswered and his Arab employees have likewise suddenly faded into oblivion. The vehicles and equipment used by the company in their work on the vehicle lies abandoned, scattered around the field.

Meanwhile approximately 30 Israeli-made Micro-Tavor assault rifles remain stolen from the weapons depot at the adjacent Sde Te’eman military base, according to a report by Israel’s Channel 20 television news station.

The theft, discovered early Sunday morning, appeared to have been carried out by someone within the base where the Givati Brigade battalion is currently stationed.

A team of experts headed by IDF Col. Itai Brin, appointed by Southern Command Maj.-Gen. Eyal Zamir, is investigating the incident. A separate investigation is being carried out by IDF military police.

According to the report, a contractor was involved in renovating a field near the base, and is wanted in connection with the incident. But he hasn’t been seen since the incident, and his phone has gone unanswered. Moreover, the equipment and vehicles used in the renovation project were found scattered. It has also been impossible to locate the Arab employees who were working for the contractor.

Weapons theft is not a new problem for the Israeli military, but it is a growing issue with the uptick in sophistication of the weaponry.

Last week, IDF soldiers received new rules of engagement regarding weapons thieves, and were ordered to shoot such thieves in the legs due to the extreme danger involved when high-quality IDF weapons end up in the wrong hands.

Last year 77 fragmentation grenades and a dozen anti-tank missiles went missing from the same base, according to a report by Ha’aretz.

Last week, thieves managed to infiltrate the Tze’elim army base in southern Israel and escape with an expensive thermal vision device. 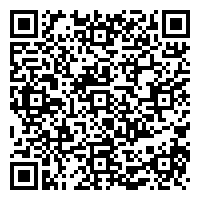