Only a day after it was confirmed that Madonna will perform during the Eurovision song contest slated to be held in Tel Aviv next month, anti-Israel organizations have launched a campaign urging her to cancel her appearance.

The Palestinian Campaign for the Academic and Cultural Boycott of Israel (PACBI) wrote Madonna on Twitter that her performance will “undermine our struggle for freedom, justice and equality” by performing “in apartheid Tel Aviv, on the ruins of the ethnically-cleansed village of al-Shaykh Muwannis.”


“Tell Madonna that performing at Eurovision in Israel means lending her star-power to cover up Israel’s continued human rights abuses and harms the Palestinian struggle for freedom, justice and equality,” said PACBI.

The extreme-left Jewish Voice for Peace (JVP) also called on Madonna to “stay home” and “lend your voice for freedom.”

JVP also launched the “Tell Madonna to Choose Freedom,” campaign that asserted that “there’s no neutrality in situations of injustice. Please stand with us on the right side of history to create a better world for all and cancel your performance at Eurovision.”

Using language similar to that of PACBI’s, JVP told Madonna that if she believes in”equality and dignity for all, you will choose not to lend your star-power to the far-right Israeli government that is using Eurovision to cover up their continued human rights abuses. Your performance at Eurovision will bring harm to the Palestinian struggle for freedom, justice and equality.” 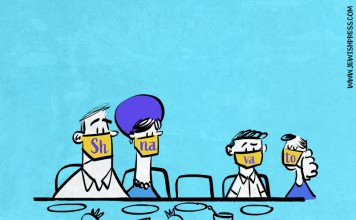