A policeman is never on holiday. That is what British detective sergeant Richard Burgess discovered during his vacation to Israel in February 2016, when he rescued a Jewish resident who was being brutally beaten by three Arabs near the Old City of Jerusalem.

For Burgess’ act of bravery, he has been nominated for an award for outstanding bravery in the United Kingdom, as reported by Jewish News.

Burgess was with a tour group visiting the grave of Oskar Schindler a German businessman who saved thousands of Jews during the Holocaust, as depicted in the film Schindler’s List. While he was at the Catholic cemetery on Mount Zion near Zion Gate in the Old City, he noticed a woman running in his direction accompanied by a screaming child. In English, the woman cried out for help. Burgess immediately ran to the alley where the woman was pointing and saw a man with a kippah who was being assaulted by three Arab men. It was apparent that some strong chemicals had been sprayed onto the victim’s face.

With one arm, Burgess put one of the assailants who was beating the man with a belt buckle, in a headlock and with the other arm, pushed the victim to safety. The situation looked dire for Burgess when he was hit on the head with claw hammer. Dazed, the British policeman slumped down and then saw one assailant standing over him ready to strike again. Burgess, who describes himself as a “big bloke” stood up with arms outstretched and and yelled. The assailants were sufficiently startled by this action that they no longer noticed the victim, who had made it to safety. Burgess also escaped and managed to make it back onto the tour bus and resumed his vacation.

In addition to working as a police officer in Essex, U.K, Burgess is studying to become a priest.

He visited the grave of Oskar Schindler to pay his respects and had visited the site of Schindler’s factory in Poland. Burgess has also traveled Eastern Europe as a guide and historian of sites related to the Holocaust. Burgess’ trip to the Holy Land occurred shortly after his mother’s death and his own recovery from a serious motorcycle accident.

For his courage in saving the life of the man in the Old City, DS Richard Burgess has been nominated for the National Police Bravery Award.

Steve Taylor, chairman of the Essex police federation, told Jewish News, “Sgt Burgess’ actions are in the finest traditions of British policing. Even though this attack occurred in Israel when he was on holiday, this did not stop Richard from stepping in and doing the right thing, potentially saving the man’s life.” 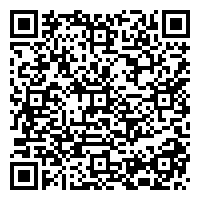