On Tuesday, just before 4 PM, a man in his early 60s was walking down Jaffa Street in Jerusalem past the Davidka Square when he began to feel ill and collapsed. Worried passersby called emergency services.

United Hatzalah’s Dispatch and Command Center notified the volunteers nearest to the incident, and EMTs Yechiel Stern, Michael Gruskot, and David Koenigsofer, who had all been going about their business, received the alert and they all dropped whatever they were doing and rushed to assist.


“I was drinking coffee with a friend at Zion Square when my communication device rang,” recalled Koenigsofer. “I saw that I was very close to the incident so I jumped on my ambucycle and rushed over. I arrived at the same time as Yechiel, and we checked the man for a pulse. Finding none I attached my defibrillator as Yechiel began compressions.”

Stern, who was at home in Meah Shearim cleaning for Pesach, rushed out and drove to the iconic square on one of the organization’s “mini-lance” vehicles designed to maneuver in the narrow alleys of Meah Shearim and the city-center. Arriving in less than three minutes, he spearheaded the CPR effort until the ambulance had arrived.

“I saw a man rush out of a bank and begin compressions. He said he was also a volunteer of United Hatzalah but I didn’t recognize him and he wasn’t wearing a vest. But he knew what he was doing,” Stern recalled. “Once I got there, I took over compressions and he assisted David with the equipment, setting up an oxygen tank and applying the defibrillator—which gave three shocks. Soon after, the ambulance arrived and we continued CPR for 20 minutes before the man’s pulse came back. To our surprise and joy, he also began to breathe on his own.”

“There is no feeling in the world like saving a life,” Stern said. “I’ve been doing this for more than eight years and every time I help someone, it is a gift. I am thankful to have the opportunity and responsibility that come with being a volunteer EMT. It is enriching my life and the lives of many others.” 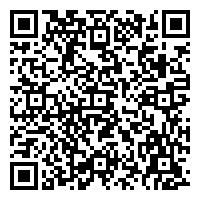