Reaching the end of the second excavation season at the Bekaa (El Araj) site near the Arik Bridge at the Jordan estuary to the Kinneret, in the Betiha Nature Reserve, the dig officials have released a number of important clues that reinforce the identification of the site as the lost Roman city of Julias, home of three apostles of “that man.”

A layer from the Roman period was exposed this season, revealing potsherds and coins from the first to the third centuries CE. The excavation was conducted by the Kinneret Institute for Galilean Archaeology, under the direction of Dr. Mordechai Aviam, with Prof. Steve Notley, academic director of the excavation of the Christian Nyack College of New York.


“Our main surprise was that at the bottom of the excavation, in a limited area at this stage, the wall of a building was discovered, next to which was a mosaic floor and artifacts that characterize a bathhouse,” Dr. Aviam reported.

“A bathhouse in the Roman period is not a common structure in the villages, so it is an important clue to the possibility that beneath the surface lie the remains of the lost city of Julias, the city of the three apostles of Jesus, which has not been identified to this day,” Aviam said, suggesting that “this is a discovery that will arouse great interest among early Christian scholars, historians of the New Testament and researchers of the Land of Israel in general and the Jewish Galilee during the Second Temple period in particular.”

“The finds in the excavation indicate that the Kinneret was probably lower than previously claimed,” said Aviam, solving the riddle of how life had been possible underwater in Bekaa.

Bethsaida is mentioned in several places in the New Testament as the home of at least three apostles – Peter, Andreas and Philip. Because of the importance of the place to the Christian world, many scholars have been engaged in identifying its location. In the past 40 years, extensive and long-term archaeological excavations have led to identifying Bethsaida as the dig in the Jordan Park.

Josephus wrote that King Herod Philip, son of Herod the Great, founded a new city near or on the location of the Jewish village of Bethsaida. 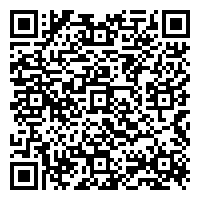