Corona Czar Prof. Salman Zarka on Saturday night told Kan 11 News there is a possibility that a fourth vaccine will be needed due to the spread of the Omicron strain in Israel, although it is too early to decide. However, he added, “We are learning about new things every day. We may say in a few days that additional vaccination is needed.”

Prime Minister Naftali Bennett announced the imposition of new restrictions Saturday night, as part of tackling the spread of the Omicron variant. The Health Ministry announced on Saturday that 20 new cases of Omicron had been identified, bringing to 55 the number of cases in Israel. According to Prof. Zarka, carriers of the Omicron variant who were vaccinated do not experience serious symptoms.


The Corona Cabinet decided to examine and update the list of red countries every day, and to promote the requirement of Green Passes at the shopping malls.

PM Bennett said that the cabinet also dealt with ways to increase the rate of vaccination and the enforcement of regulations. “We must not rest on our laurels,” he said. “We must act to stop the spread of the disease and prevent the loss of control over the disease in the State of Israel. It will require vigorous activity, an immediate increase in the rate of vaccination, and delaying the penetration of the new strain into the country by tightening border controls.”

Bennett wants to double the number of vaccinated people tenfold every day, and use sanctions to spur Israelis who are eligible for the booster shot to receive it. About 5.8 million Israelis have received the second dose of the vaccine, but only 4.2 million have the booster shot. About one million Israelis are considered vaccine refusers who are not going to be persuaded to get vaccinated. Bennett’s initiative to impose a lockdown on them was recently blocked by the deputy attorney general.

The first study by Sheba Medical Center and the Central Laboratory of Viruses of the Health Ministry has examined the effectiveness of the Corona vaccine against the Omicron strain. This is also the first study to describe the effectiveness of the third dose, and it is based on the exclusive data available at the hospital as part of the large serology study conducted among health workers at the medical center.

These data have been collected since April 2020 and time and time again they make it possible to investigate issues that arise while managing the fight against the pandemic and to serve decision-makers in determining healthcare policy in Israel and around the world.

Prof. Gili Regev-Yohai, director of the Infection Prevention and Control Unit at Sheba Medical Center, said Saturday night: “The study findings underscore the importance of raising immunization rates as an effective and necessary step in truncating the transmission chains and spread of the virus.”

According to the Health Ministry, there are 568 new Corona patients in Israel, 191 of whom were identified after midnight Sunday. A total of 139 Corona patients are in hospital, of whom 102 are in severe condition, including 61 critical, 18 are connected to ECMO machines, and 52 are on ventilators. So far, 8,210 have died from the pandemic in Israel since February 2020. 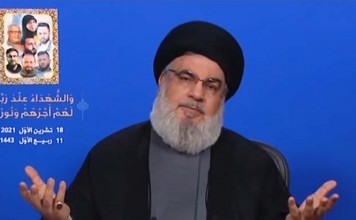