Israeli Ambassador to the United States Ron Dermer is encouraging a coalition of American rabbis, representing the three major streams of Judaism, to improve deteriorating relations between Israel and American Jews, particularly among the Conservative and Reform movements, reported the Israeli newspaper Makor Rishon.

According to its report last week, a “semi-secret delegation of rabbis” from the three branches arrived in Israel from the United States nearly a year ago. It was characterized as a “bypass road” around established Conservative and progressive Jewish organizations.

Israel’s relations with these groups had soured following actions by the Israeli government in 2017, including the suspension of a plan for egalitarian prayer at the Western Wall and advancement of a conversion law strengthening the hands of the Orthodox.

Another motivation for the initiative, according to the report, was the recognition that progressive Judaism “was not as Zionist as it had been in the past,” and was, in fact, promoting boycotts of Israel.

Although the delegation’s exposure led to an outcry from American Jewish organizations, the group was not disbanded, and met with Dermer in Washington and participated in the traditional Chanukah menorah-lighting at the White House.

At the end of August, the rabbis will gather with Dermer for the founding meeting of a new coalition with the goal of conducting a dialogue with Israel in a more friendly way than in recent years, according to Makor Rishon.

Rabbis of all movements who are concerned with the growing split between the Diaspora and Israel and wanted to work to connect the two sides were invited via email, the report said.

Behind the initiative is Rabbi Stuart Weinblatt, president of the Rabbinic Cabinet of the Jewish Federations of North America and senior rabbi of Congregation B’nai Tzedek in Potomac, Md.

The Israeli Embassy in Washington had no comment on the story, Makor Rishon reported. 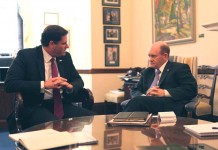 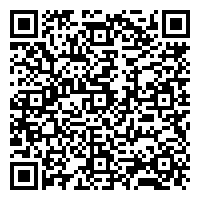