While the circumstances of the accident were still being investigated by Israeli authorities, evidence has emerged that would indicate pilot error was the most plausible cause of the crash of the two-seat, single engine aircraft, which was piloted by Shmueli.

Shmueli, 55, and Rozen, 60, were heading back to the Rishon Lezion air strip (about 15 miles south of Modiin) after taking off in the early morning hours for their weekly trek to Northern Israel, when the duo allegedly decided to make several low passes over Modiin’s South Buchman neighborhood, where Shmueli lived with his wife and children.

According to several news reports, as well as eyewitnesses, the plane’s low trajectory over the residential neighborhood prompted some residents to make phone calls to City Hall and the police.

One newspaper report claimed Shmueli actually called and then waved to his wife seconds before the aircraft unexpectedly plummeted to the ground around 12:20 p.m. just a few yards from a row of newly built homes along Menachem Begin Boulevard and just two blocks from his own residence. Dozens of children were making their way home from local schools at the time of the crash. Miraculously, no one was injured on the ground.

Shmueli was a vaunted armored corps commander and an engineer in the IDF’s military industrial complex. He is survived by his wife and four children. Colonel Rozen was a decorated F-4 and F-15 fighter pilot who was part of the F-15 Israel Air Force group that flew over Poland’s Auschwitz concentration camp in 2003. He leaves his wife and three children.

For the past year, the mayor and residents of Modiin have been locked in an ongoing battle with the Israel Airport Authority over the issue of low-flying private aircraft and commercial passenger jets. 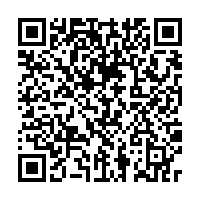