Fourteen years ago, the unilateral evacuation and demolition of 21 Jewish communities that comprised Gush Katif in the Gaza Strip and four small communities in northern Samaria were authored by then-Prime Minister Ariel Sharon to serve as a pilot test that would ultimately lead to further withdrawals in Judea and Samaria.

Instead of laying the groundwork for the creation of a Palestinian state that would live in peace alongside Israel, many across the political spectrum in Israel now believe that the Gaza withdrawal of more than 8,500 Jews in August 2005 serves as a costly case study demonstrating the implications of evacuating lands and turning them over to Arab control.

Many of the assumptions proposed by Israel’s military [and political] establishment ahead of the withdrawals have proven false, while the social impact of the evacuations have left deep scars on many of the Jewish residents who lost their homes in the experiment.

Maj. Gen. (res.) Gershon Hacohen led the IDF 36th Division that was responsible for the disengagement. At the time, he personally opposed the move, yet still carried out his assigned duties as a commanding officer.

Hacohen explains that the military assumptions that were asserted by proponents of the withdrawals from the security community have been proven “totally untrue.”

The first assumption, he said, is that “territorial separation between Israelis and Palestinians, including massive evacuation of Jewish West Bank neighborhoods, will delineate borders, reduce friction and create stability.”

Rather than lead towards peaceful coexistence between neighbors, Hacohen said that “on the contrary, massive evacuation from Gaza gave Hamas a chance to fortify itself and make life for Israelis miserable.”

He said that leading up to the controversial withdrawal, Israel’s security establishment insisted that if security broke down, “the Israeli government would not hesitate to decide to embark on any necessary military operation;” that “the IDF will be able to remove this security threat within days;” and that any such an operation would be supported with “broad international backing.”

When asked why he implemented the disengagement if he opposed it at the time, Hacohen told JNS that he felt if not for him, “it would have been a million times worse.”

As he explained, “if the struggle in Gush Katif would have escalated to a point where soldiers would have been killed or injured severely, the settlement movement would have been delegitimized by the masses, and Sharon would have no problem evacuating the settlers from Judea and Samaria. I made sure that did not happen.”

Aside from the security setback of the Gaza withdrawal, former Gush Katif Regional Council member Yigal Kirzenshaft told JNS that the evacuation has taken a severe toll on the displaced community and ruined a model, albeit a flawed one, of integration between Jews and Arabs.

He said the government has done a less-than-satisfactory job compensating the evacuees and helping them rebuild their lives, now 14 years after the disengagement. “They promised us full compensation and said that there will be a solution for everyone, but it turned out bollocks; they really never had any solutions.”

Kirzenshaft related that the expulsion broke up some of the families who left. “The divorce rate increased, and it shattered the faith of many. Most of those expelled belonged to a national religious community to whom the value of Eretz Israel was sacred.

“The heartbreak of the expulsion even caused many to fall ill and die prematurely. These are young people who died from heartbreak.”

Kirzenshaft added that “most of the residents were owners of greenhouses, where they grew and exported vegetables with a very high turnover rate. One acre produced 20 tons of tomatoes. It was a supernatural blessing, despite the fact that before we came it was a desert, total desolate. Now it reverted to its former state of total desolation and serves as a safe haven for terrorists.”

“When we lived in Gush Katif, it was good for the Jews and for the Arabs,” said Kirzenshaft. “The Arabs of Gaza were employed by the Jewish farmers and had a decent income to provide for their families. They did not want us to leave. Just recently, someone told me that one of the Arabs who worked in one of our greenhouses is now trying to grow a greenhouse on his own, but with no success.” 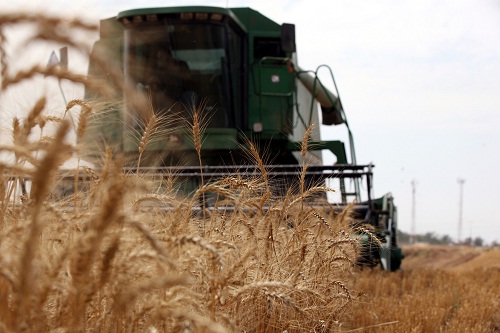 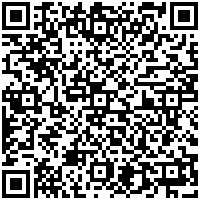