Mere days before two envoys from U.S. President Donald Trump were to arrive in the region to continue their pursuit of the elusive, “ultimate deal” for peace between Israel and the Palestinian Authority, the PA government in Ramallah named yet another square after a terrorist.


The newly inaugurated “Martyr Khaled Nazzal Square,” is named after the terror leader who planned the attack that led to the murder of 22 children and four adults in the Ma’alot Massacre on May 15, 1974. This is just the latest example of the Palestinian Authority’s relentless glorification of terrorists.

This new square in Jenin is named after terrorist Khaled Nazzal, the Secretary of the Central Committee of the Democratic Front for Liberation of Palestine (DFLP), and commander of its military branch.

Nazzal was responsible for the Ma’alot Massacre, during which terrorists took school children and their teachers as hostages, and eventually murdered 22 children and four adults.

Terrorist Nazzal also planned an attack which resulted in the murder of four hostages in an apartment in Beit She’an (Nov. 11, 1974), and a shooting and grenade attack in central Jerusalem in which one person was murdered and 47 others were wounded (April 2, 1984).

The “Martyr Khaled Nazzal Square” was inaugurated on this past Thursday (June 15, 2017) at a rally with Palestinian Authority officials, “under the auspices of the Jenin District and the [Jenin] municipality.” Participants included the Deputy District Governor of the Jenin District, and the DFLP in Jenin. Deputy Mayor of Jenin Mahmoud Abu Mweis spoke at the event and “emphasized that our leadership and our people will continue on the path of the Martyrs.” [Jeningate, independent Palestinian Authority news website, June 15, 2017] 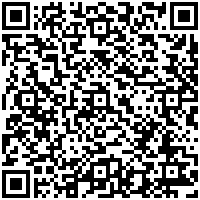