The People’s Assembly in Egypt unanimously approved a resolution demanding the expulsion of Israeli ambassador, Yaakov Amitai, and the halting of gas exports to Israel.

In an evening session of the Islamist-led parliament on Monday, legislators responded with fury to Israel’s retaliatory strikes against the Gaza rocket campaign, and also demanded the withdrawal of the Egyptian ambassador from Tel Aviv  in protest.

The resolution read, “Egypt after the revolution will never be a friend of the Zionist entity, the number one enemy of Egypt and the Arab nation.” It also urged the Egyptian government to reconsider “its relations and accords with that enemy,” supported Palestinian resistance “in all its kinds and forms,” and called for implementation of the Arab boycott of Israel.

Parliament speaker Saad al-Katatny demanded that the resolution be implemented by the Egyptian government, which has been at the center of efforts to mediate a cease-fire.

The resolution is largely symbolic, as only the governing Military Council is empowered to enact such measures, and though it is unlikely to impact Egypt’s relations with Israel, it contributes to the general atmosphere of outright hostility to Israel prevailing in post-Mubarak Egypt.

There was no immediate comment from Israel on the vote. 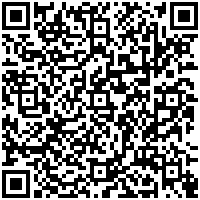