(JNi.media) In a recent Egyptian TV interview, the host, Dr. Muhammad Khaled, and his guest, Islamic history professor Yusri Ahmad Zidan, came to an agreement that burning was the “only solution” for the Jews, MEMRI reported. The interview aired on the Egyptian Al Rahma TV channel on October 27, 2015.

“The history of the Jews has been black since the dawn of time,” said Khaled. “Nebuchadnezzar burned them, the Crusaders burned them, and even Hitler and Nazism burned them. Is burning the only solution for the Jews?” he asked.

According to its website, Al Rahma is an Islamitic religious TV channel, specializing in “the science to explain the Quran in a correct manner.”

Journalist Michael Totten who visits Egypt frequently called it the most anti-Semitic country in the world. Hitler’s Mein Kampf is a bestseller in Egypt, alongside the Protocols of the Elders of Zion, their authenticity unquestioned and widely believed by Egyptian government officials.

Samuel Tadros, an Egyptian research fellow at the Hudson Institute’s Center for Religious Freedom, believes that one of the ideas that bind all of Egyptian society is anti-Semitism.

In 2011 CBS reporter Lara Logan was gang raped on Tahrir square in Cairo by Muslim men who stripped, punched and slapped her, while calling her a spy, and chanting “Israeli” and “Jew.”

According to missingpeace.eu, Anti-Semitic conspiracy theories do the rounds in both liberal and Islamist segments of Egyptian society, no matter how completely illogical and self-contradictory they may be:

On September 21, 2013, the Muslim Brotherhood news outlet Rassd published an article under the headline “Sisi is Jewish and Egypt is now under Zionist occupation,” claiming that President Abdel Fattah al-Sisi’s mother was a Moroccan Jew named Malika Titani, and that Sisi’s uncle was a member of the Zionist Hagana underground. The article was borrowed from White Power publications in the US.

The pro-Sisi press ran a story that the Brotherhood had a secret alliance with the Jews and Israel, because Muslim Brotherhood founder Hassan el-Banna was a Jew—his parents were… Moroccan Jews. Possibly Malika Titani’s neighbors.

After a shark killed a German tourist in Sharm el-Sheikh in the Sinai, the regional governor claimed that the Mossad had placed the shark in the sea to damage Egypt’s tourism industry. 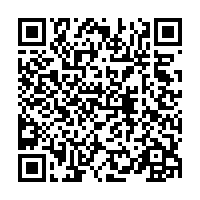