On October 14, the Israeli cabinet voted to no longer release any dead terrorist bodies.

Despite that decision, Palestinian Authority Arabs held funerals for 2 terrorists over the next week, which a Defence Ministry official explained to JewishPress.com was due to a mix-up in the field.


Today, the bodies of 5 more terrorists were released, and the Palestinian Authority Arabs held large celebratory funerals in Hebron for them, with thousands of participants.

Explaining the government’s actions, Defense Minister Yaalon told Israel Channel 2 that the government returned the bodies on the condition that the PA not hold any large funerals.

Ya’alon was apparently surprised the PA would break their agreement.

The leftwing Zionist Camp party made fun of Netanyahu as a result of this latest zigzag, saying, “Once again a huge gap has been revealed between the declarations of the Netanyahu government’s and its actions on the ground. The war on terror must have a clear and consistent policy. This zigzag of returning the bodies sends a message of weakness”

MK Avigdor Liberman, chairman of the Yisrael Beyteinu party, called the return of the bodies a ransom payment. Liberman described it an embarrassing concession, and said it will lead to an increase in terrorism.

Arab sources claim that up to 9 bodies were returned. 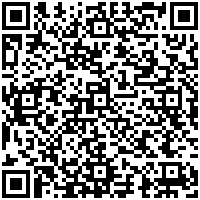