On Shabbat morning around 11, a man in his late 40s suffered a sudden cardiac arrest and collapsed on the floor of his home on Shlomo Street in Pisgat Ze’ev in front of his wife and son. The distraught family called emergency services. United Hatzalah volunteer EMT Gili Tal had just finished morning prayers in his synagogue and returned home when he received the emergency alert.

“I saw the address and knew that I was close by so I jumped in my car and drove over to the location,” Gili recounted. “I arrived together with Shimi Alfassi.”


Shimi, another United Hatzalah volunteer EMT, had already started eating lunch with his family when he received the alert. “My family is used to me getting up and leaving to go help others, and they carried on with lunch as I ran out of the house and drove to the address.”

The two volunteers raced to the apartment and found the man on the floor where he had collapsed. The man was unconscious, without a pulse, and not breathing. Gili initiated compressions and Shimi attached a defibrillator. The device did not recommend a shock and the duo quickly began alternating between performing compressions and providing assisted breathing. A few minutes later, a mobile intensive care ambulance arrived and the team joined the CPR in progress.

“We worked hard to try to save this man,” Shimi said, “the whole team was working in unison and synchronization. There was a lot of resistance in terms of assisted breathing but eventually, the man was intubated. We decided to transport the man while he was still undergoing CPR so we put him on a backboard so that we could attach a LUCAS compressions device.”

Shimi added that the incident was difficult for the family members who were witnessing what was going on. “I told one of the other responders at the scene to take the man’s wife and son into a different room and talk with them as I saw that they were having a severe emotional reaction to the CPR. It was very difficult for them, this had come completely unexpectedly. The man is fairly young and has no background of cardiac problems.”

The team took the man while still administering compressions to the ambulance, where he regained a pulse for a short while, only to lose it again. Shimi was called back to the ambulance to provide more assistance. “His pulse came back but then faded. We finally managed to get a viable pulse after a few more rounds of CPR in the ambulance. At that point, the man was transported to Hadassah Har HaTzofim Hospital and I returned to my family and prayed for the best.”

Shimi and Gili were in for a surprise after the Holiday of Shavuot ended on Sunday night. In the interim, Jewish law prohibited them from answering their phones during the holiday except for a lifesaving emergency.

Shimi recounted the emotional phone call: “I got a call on Sunday night after the Holiday of Shavuot from the paramedic who was in the ambulance, a good friend of mine. She told me that the man woke up in the hospital and was breathing on his own after extubation. He was enjoying time with his family and recuperating well.”

“The joy I felt at hearing that was incomparable,” Shimi said. “I simply cannot put into words how I felt when I hung up the phone. I thought to myself, this is exactly why we respond to emergencies at any time of day or night, during Shabbat, a festival, or any other time, to save lives. It is a great feeling and a great deed to save a person’s life even if it interrupts my Shabbat meal with my family.” 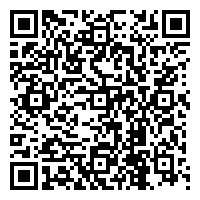