“The regrettable significant increase in demolitions of Palestinian structures by the Israeli authorities in 2016 appears to be continuing following the end of Ramadan,” the spokesperson said.

The EEAS spokesperson referenced the most recent demolition of EU-funded structures in Umm al-Khair, which is located in the Mount Hebron hills near the Jewish community of Carmel.

Arguing that such operations undermine Israel’s responsibilities as an “occupying power,” the EEAS spokesperson demanded a cessation to Israeli demolitions of illegal EU structures throughout Judea and Samaria.

“The Israeli authorities must halt demolitions of Palestinian houses and property in accordance with its obligations as an occupying power under international humanitarian law and to cease the policy of settlement construction and expansion, of designating land for exclusive Israeli use, and of denying Palestinian development,” the spokesperson insisted.

The spokesperson said that Israeli demolitions of the illegal structures raise doubts about Israel’s true long-term goals vis-a-vis the Arabs.

“As stated in the recent Quartet report, such a policy, including the recent high rate of demolitions, is steadily eroding the viability of the two-state solution and raises legitimate questions about Israel’s long-term intentions,” the spokesperson added.

The Quartet report, which was released in early July and accused Israel of “unilaterally” taking land “for exclusive Israeli use” in Area C of Judea and Samaria, also recognized Israel’s authoritative control over development in Area C.

“The Israeli military retains full authority over development in Area C, including planning and zoning for housing, industrial zones, tourism sites, and essential infrastructure, such as roads and electricity lines,” read the Quartet report. 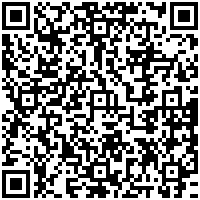