Binyamin (TPS) – Israeli authorities recently arrested an Arab who stabbed and wounded a police officer in December, 2013 near the Israeli community of Geva Binyamin, the Shin Bet cleared for publication on Monday morning.


The suspect, 21-year-old Mohammed Younis Ali Abu-Hanak from Al-Abidiya near Bethlehem, was arrested almost three years after the attack.

Abu-Hanak revealed under questioning that his motive for committing the attack was to put an end to his hard life.

The investigation also revealed that Abu-Hanak purchased a kitchen knife on the morning of the attack and hid it inside his jacket. He boarded a taxi from Ramallah to Bethlehem in order to choose a random target for his attack. He decided to attack a policeman who was standing at a roundabout near the Jewish community of Geva Binyamin and the Palestinian Authority village of Jaba’.

Abu-Hanak exited the taxi, approached the policeman, and stabbed him once in the back, inflicting moderate injuries. He then fled the scene and managed to evade the authorities for two and a half years before finally being apprehended.

The Shin Bet said in a statement that it will “continue to operate with all its available resources to prevent terror attacks and to bring the perpetrators to justice, even when a long time has gone by since the attack was committed.” 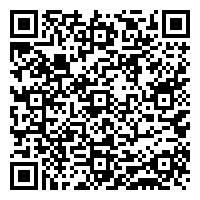