The government of Finland has decided to purchase an Israeli aerial defense system as Russia ramps up its war on Ukraine.

There was no information on the financial details of the agreement.

“In this scheme we will upgrade the anti-aircraft defense’s high-altitude ability and increase significantly its reach,” Finland’s defense ministry said in a statement.

Under the plan, Finland plans to purchase equipment such as transporter erector launchers, radar systems, missiles and related integration equipment, the ministry told Reuters. A final purchase decision is expected in early 2023.

Kaikkonen also said that Finland has learned Belarus is joining Russia in its invasion of Ukraine.

Finland shares a long border with Russia and is not a NATO member. However, in a meeting held Friday at the White House, Finland’s President Sauli Niinisto and US President Joe Biden agreed to step up defense cooperation between their two countries.

“We have intelligence indicating that Belarus is considering taking a larger role [in Ukraine],” he said.

Finland’s President Sauli Niinisto and US President Joe Biden agreed Friday during a meeting at the White House to step up defense cooperation between their two countries.

Finland is not facing any immediate threats, Kaikkonen told YLE, but noted “we still have to remain alert and strengthen our defense capabilities. That’s something we must always do,” he said.

He added that despite the fact Finland is not a NATO member, if the country were to become the target of an attack, “other [European Union] states wouldn’t stand by quietly.” 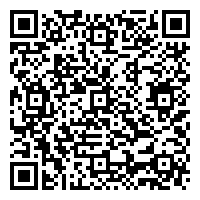