TEL AVIV – Following reports of what was almost certainly a chemical weapons attack in Syria, the White House has made moves indicating it may be inching closer to military intervention in the civil war there.

Among the indicators: moving warships toward the eastern Mediterranean and updating military options.

In Jerusalem, Washington’s resolve in Syria is seen as a crucial litmus test for its readiness to confront another looming Mideast showdown over unconventional weapons.

“Now the whole world is watching. Iran is watching and it wants to see what would be the reaction on the use of chemical weapons.”

The attack last week in the suburbs of Damascus reportedly killed hundreds of civilians and, given the number of casualties, witness reports and other available facts, left “very little doubt” that a chemical agent had been used, according to a senior Obama administration official quoted by The New York Times.

Although he has called for Assad’s resignation, Obama thus far has resisted direct U.S. involvement in the Syrian civil war. Polls have shown that Americans oppose becoming embroiled in another Middle East conflict.

But Obama also has said that if Assad used chemical weapons, it would cross a “red line” that would necessitate a response.

“This will make the U.S. do something, but it will be something symbolic,” said Eyal Zisser, a senior research fellow at the Moshe Dayan Center for Middle Eastern and African Studies at Tel Aviv University.

“I don’t see American interest in a complex intervention, war or sending forces. They need to do something, but not something deep.”

The Israeli government repeatedly has broadcast concern about the possibility that the Syrian conflict could spill over and destabilize what has long been one of Israel’s quieter borders. As the war has intensified, Israel has taken steps to protect its northern frontier along the Golan Heights, where it recently built a security fence.

The prospect of a nuclear Iran is viewed with much greater concern in Israel, though Obama has declined to establish any similar red lines even as he has sought to assure Israel that he is not making empty threats about preventing Iran’s acquisition of a nuclear weapon.

American action in Syria might be enough to persuade Netanyahu the Americans are serious about Iran, Zisser said. But Netanyahu’s comments at his weekly Cabinet meeting on Sunday suggested that Israel is prepared to take action on its own.

Also on Tuesday, the Israel Defense Forces began a pre-planned two-day drill in the Golan Heights involving security and emergency forces, according to Israel Hayom.

U.S. Secretary of State John Kerry, referring to Syrian President Bashar al-Assad’s reported use of chemical weapons on civilians in an Aug. 21 attack in eastern neighborhoods of Damascus that killed more than 1,300 people, said Monday that “The indiscriminate slaughter of civilians, the killing of women and children and innocent bystanders by chemical weapons is a moral obscenity. By any standard, it is inexcusable and – despite the excuses and equivocations that some have manufactured – it is undeniable.”

“This international norm cannot be violated without consequences,” Kerry added.

In light of the situation in Syria, there has been a marked increase in demand by Israelis for gas masks. Due to an overwhelming number of phone calls on Monday, the Israel Postal Company, which is responsible for distributing gas masks, said Israelis could also use its website to register to receive gas masks.

Meanwhile, Patriot anti-missile batteries in Haifa were put on alert and aimed toward the north. 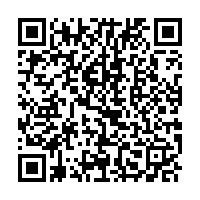