Israel unveiled on Thursday a new laser system called “Light Blade” that will shoot down incendiary balloons and kites, as well as drones launched at Israel from the Gaza Strip.

The Light Blade system is expected to shoot the incendiary devices mid-flight, before they reach Israel. It was developed for Israeli police and the IDF by three private-sector engineers who worked with Ben Gurion University researchers and the police and IDF technological departments.

The system can operate day and night, using a laser beam to eliminate the airborne threats. Light Blade can reach up to two kilometers (1.6 miles) from the system’s location and can be carried on a portable trolley or vehicle.

The IDF has been made numerous attempts to develop an effective system to thwart the incendiary devices from Gaza since terrorists started using them two years ago.

In June 2018, the Defense Ministry published a tender for the private sector to develop solutions to the problem. More than a year later, the Light Blade system seems to be the leading contender to become Israel’s defense against incendiary devices from Gaza.

The system has been tested extensively and shown promising results. A final date for the deployment of the system has not yet been set.

When asked by Channel 12 about the system’s effectiveness, Border Police chief Kobi Shabtai said that Light Blade “provides a near-complete response to incendiary balloons and kites, and delivers a safe and effective solution to the drone threat.” 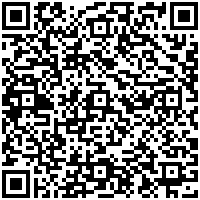