Deputy Health Minister Yaakov Litzman (United Torah Judaism) said at the meeting that 42 people had contracted the disease, of whom 34 had been confirmed by a laboratory test as having Leptospirosis, including a boy who had contracted meningitis.


The Health Ministry’s Director General said there are 242 other patients suspected of contracting Leptospirosis.

The meeting included representatives from the Ministries of Health, Agriculture and Finance, the Nature and Parks Authority, the Water Authority, the Union of Cattle Breeders and local municipalities in the north.

Leptospirosis is an infection caused by corkscrew-shaped bacteria called Leptospira. Signs and symptoms range from mild: headaches, muscle pains, and fevers; to severe: bleeding from the lungs, and meningitis. If the infection causes the person to turn yellow, have kidney failure and bleeding, it is then known as Weil’s disease. If it also causes bleeding into the lungs then it is known as severe pulmonary hemorrhage syndrome.

Leptospirosis is transmitted by the urine of an infected animal and is contagious as long as the urine is still moist. Although the Leptospira bacterium has been detected in reptiles and birds, only mammals are able to transmit it to humans and other animals. Rats, mice, and moles are important primary hosts—but a wide range of other mammals including dogs, deer, rabbits, hedgehogs, cows, sheep, swine, raccoons, opossums, skunks, and certain marine mammals also carry and transmit the disease as secondary hosts.

Effective antibiotics include penicillin G, ampicillin, amoxicillin and doxycycline. In more severe cases cefotaxime or ceftriaxone are used. Glucose and salt solution infusions may be administered; dialysis is used in serious cases. Elevations of serum potassium are common and if the potassium level gets too high special measures must be taken. Serum phosphorus levels may likewise increase to unacceptable levels due to kidney failure.

There has been a significant drop in the number of tourists and vacationers in Israel’s north, threatening the local economy which traditionally relies on strong August tourism. Local mayors and tourism-related businesses hope that the extensive and possibly exaggerated guidelines released last week be toned down, to encourage people to feel safe to return to the northern springs. They stress that, apart from a limited number of sites, the vast majority of all tourist attractions in the north are open and safe for bathing and fun.

The Nature and Parks Authority has begun to inject clean water in order to reduce pollution levels up north, and Golan Heights and Galilee local municipalities are calling on travelers to resume their vacations in the area. 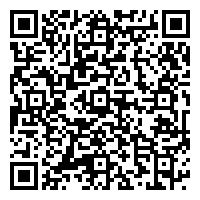