Israel’s politicians, health officials and top lawmakers are continuing their jockeying over who makes the ultimate coronavirus policy call, as the country’s population is growing sicker by the day; but while the bickering continues, another national lockdown is now imminent, regardless of who finally makes the decision.


Netanyahu said the latest jump in morbidity, combined with the sharp increase in the doubling of severe cases every seven days prompted him to discuss “interim steps that would prevent the need for a general lockdown” with Alternate Prime Minister and Defense Minister Benny Gantz, National Security Council head Meir Ben-Shabbat and Science Minister Yizhar Shai.

“This is the goal of this discussion, to take interim steps to prevent a general lockdown in light of the gigantic jump in morbidity… and the doubling of the number of severe cases every seven days. This is the goal,” Netanyahu said at the start of Thursday’s ministerial meeting.

During the emergency meeting the ministers decided to impose a full national lockdown during weekends – from Friday to Sunday mornings, Israeli media reported.

The action includes the following:

Once the lockdown is in place, houses of worship, malls, and beach areas would be shut down on the weekends. Minyanim would be limited to 10 participants. Israelis would only be allowed to leave their homes to purchase essential items such as food and/or medical supplies, and to provide assistance to those who require help with daily living activities.

“The Cabinet will convene this evening to approve the recommendations that were unanimously approved at the discussion,” Netanyahu said.

Israel’s Channel 12 television news reported it was not likely the shutdown would begin this weekend, however, citing a request by Netanyahu for the Knesset Constitution Law and Justice Committee to prepare a bill for the lockdowns. There is also opposition from Blue & White faction ministers as well.

On Thursday morning, the country broke a new record with 1,901 new cases of COVID-19 diagnosed over the past 24 hours. Of those, there were 204 patients in very serious condition, with 57 of those requiring ventilator support.

Five more Israelis were killed by the novel coronavirus, bringing the death toll to 380.

A total of 44,714 Israelis have been diagnosed with the novel coronavirus since the start of the pandemic.

Health Minister Yuli Edelstein has warned that once the country has reached the daily level of 2,000 newly diagnosed cases of the virus, there will be no choice but to return the State of Israel to a full lockdown.

Under the current legislative system, the cabinet is empowered to immediately impose that lockdown and/or any other restrictions. The Knesset then has one week to determine whether to support that move, or revoke it. 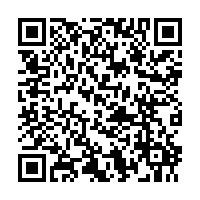