The Israeli Navy has announced the names of its four sparkling new warships that are to be tasked with the defense of Israel’s natural gas fields and shipping lanes.

The first of the four Sa’ar 6 Class corvettes is not due to arrive from Germany until the end of 2019, with the other three slated to be delivered by the start of 2021. But all of the vessels already have names: They are to be called: Magen (Shield), Oz (Valor), Atma’ut (Independence) and Nitzahon (Victory).

“The arrival of the ships is expected to significantly change the face of the Navy and the Flotilla 13 in particular,” Israel Navy Commander Maj.-Gen. Eli Sharvit said in making the announcement.

“The Navy will employ tools with new capabilities that we do not possess today with excellent and precise defense and attack capabilities for their mission, headed by the defense of the strategic assets of the State of Israel at sea.”

Currently the largest ships in the Israeli Navy are the Sa’ar 5 Class warships; but the new vessels will be a step up to the next level with a crew of 70 sailors, at a length of 300 feet (90 meters), with a range of 2500 miles.

They will be packed not only with the super-sensitive detection equipment for which Israel is famous, but also with the Barak-8 defensive missile interceptors and Naval Iron Dome anti-missile defense system, along with offensive weaponry that includes long-range capabilities.

In addition, each vessel will have a landing pad to be able to accept a Sikorsky SH-60 Seahawk helicopter. 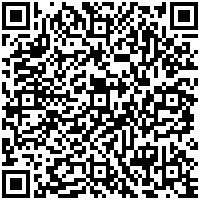