Prime Minister Binyamin Netanyahu wrapped up a week of unprecedented diplomatic successes with a return to his roots as an economist: On the heels of the transfer of the American and Guatemalan embassies to Jerusalem, Netanyahu met with Panamanian President Juan Carlos Varela and presided over the signing of a free trade agreement that the prime minister said held “phenomenal potential” for both countries.

“Israel is a superpower in innovation and agriculture, while (Panama’s) administrative abilities are greater than ours. We can accomplish a lot together,” Netanyahu said, while Economy Minister Eli Cohen, who signed the deal on behalf of Israel alongside Panamanian counterpart Augusto Arosemena Moreno, added that the deal would expand horizons and open new markets for Israeli exporters.


In a release, the Economy Ministry said the deal would eliminate barriers to trade between Israel and Panama by giving each side preferential status to export goods and services to the opposite country. The agreement will streamline Israeli imports and exports to Panama by reducing or eliminating customs duties on each side of the Atlantic.

The agreement calls for a 10 percent reduction on chemicals, dried fruit and other foodstuffs that are imported from Panama to Israel, and 12 to 26 percent on fish and fish products.

In the other direction, machinery, chemicals and medical equipment will enjoy a 10 percent reduction in import duties, and taxes on Israeli fruit and vegetables, canned goods and wine will drop 15 percent.

Netanyahu’s victory lap is scheduled to continue next week, when Paraguay President Horacio Cartes is scheduled to visit Israel and to preside over the transfer of his country’s embassy to Jerusalem. 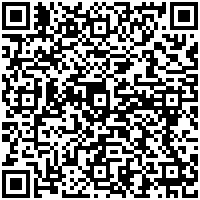