The Israeli government ran a deficit of 3.7% of the GDP, significantly higher than the deficit target set in the 2019 budget, which stood at 2.9% of the GDP, according to data released by the Ministry of Finance on Monday.

The deficit stood at NIS 52.2 billion at the end of the year, NIS 12 billion more than the planned NIS 40.2 billion deficit, which was planned in the budget. It is also significantly higher than the NIS 38.7 billion deficit the government accumulated the previous year.

The current deficit is the highest the Israeli government had since 2012 when the deficit was 3.9% of the GDP.

The Ministry of Finance said that lower than projected revenue of NIS 9.2 billion and the higher than the planned expenditure of NIS 2.8 billion explained the gap between the planned deficit and the actual results.

In 2018, the Ministry of Finance feared a deficit but was able to make some changes in the last month to maintain the deficit target, which stood at 2.9% of the GDP. However, in January of 2019, the government spent 25.3% more than the planned budget.

The State Audit Office is currently looking into claims that January ‘s excessive spending occurred to make up for lost expenditure from the end of the previous year.

The unstable political system may make it hard for the government to implement the necessary measures to deal with the deficit – cut spending and increase taxes.

Conversely, with no way to approve an increase in the budget, the government is forced to spend less, thus lowering the deficit. In the lack of a government to pass a new budget in the Knesset, Israeli law dictates that every month the budget equals 1/12 of the previous year’s budget.

Such a budget would curb the spending growth in such a way that the deficit would shrink significantly over time. 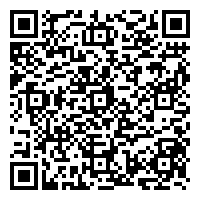