As hundreds of thousands of Jews worldwide celebrate the completion of the seven-and-a-half-year-long cycle of daily Talmud study—and as women for the first time in history held their own celebration in Jerusalem—one 17-year-old is believed to be the youngest woman to ever mark this achievement.

Hila Schlakman of Efrat, a senior at Ohr Torah Stone’s Neveh Channah High School, began the learning cycle with her father after her older brother had done so in 2012. Though her original plan was only to study until the celebration of her bat mitzvah, her interest drove her to continue.


Over the course of the first four years of the 2,711-day cycle, she worked with her father’s schedule, often adapting her own social plans in order to gain a mastery of the basics and set the foundation for her future learning.

For sleepovers at friends, she’d need to plan to arrive late in order to study beforehand, and during summer vacation, she and her father would learn ahead so as not to miss a page. Later on, she would be joined by her younger sister, and ultimately, their grandfather from time to time.

“When I started this process, I never could have imagined finishing the entire Shas,” said Schlakman. “But with the fuel each page gave me to learn the next, I can truly say it’s an endeavor which brought me so much, and I look forward to starting the next cycle.”

In celebration of her personal Siyum HaShas (as completing the study of the entire Talmud is known), Rabbi Dr. Kenneth Brander, president and Rosh Yeshivah of the Ohr Torah Stone network, will be presenting her with a brand-new set of the 63 tractates making up the Babylonian Talmud.

“Hila’s achievement, by every account, is a tremendous one. She stands as a worthy role model to her siblings, peers and our entire community. The discipline, dedication and commitment to the Daf atop her already significant learning during the day in school is exceptional,” said Brander. “With the celebration of the completion of each chapter of each tractate, we recite a ‘Hadran’ prayer, indicating our desire to return to the chapter to further develop our understanding of our law and those who came before us. With this new set of Shas, we hope to empower Hila to continue her learning for future Daf Yomi cycles.”

Organized in 1923, the Daf Yomi was implemented to unite Jews worldwide in a shared understanding of the Talmud and shared focus on the daily page of the Talmud, which discusses Jewish law and guides every aspect of life.

The learning cycle has been completed 13 times since, with communal events held in most Jewish communities worldwide, as well as a mega-event on Jan. 1 at MetLife Stadium in Schlakman’s parents’ home state of New Jersey, which drew nearly 90,000 participants. 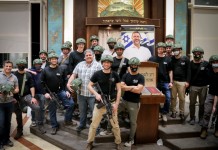 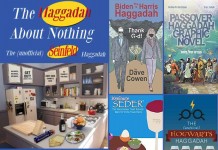 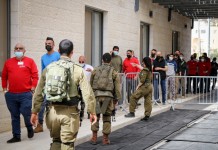 Israel Vaccinates Over 50,000 PA Arabs Against COVID-19 in Week

Now’s The Moment Of Truth 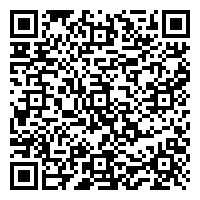