Israeli physicians and related professionals are continuing to work together with Guatemalan nurses and doctors to help care for those injured by last Sunday’s deadly eruption of Volcan de Fuego — the “Fire Volcano,” or Fire Volcano.

Chancellor Sandra Jovel and the Ministry of Disaster Coordination thanked the Israeli delegation of physicians who arrived last Thursday and who have been providing support and assistance to the local population since.

Prime Minister Benjamin Netanyahu reported to government ministers at this week’s cabinet meeting that he spoke last Wednesday with Guatemala’s President Jimmy Morales to find out what help was most needed in the country. Within hours, a delegation was sent on its way.

“Last night I received a report about their work,” he told the cabinet. “They are already at work on the ground. They are showing Israel at its best and are really rendering assistance and saving lives. We are all proud of our mission and of our doctors,” Netanyahu said.

Israeli and Guatemalan physicians have been working together to provide support to the victims of the disaster, said Deputy Chief of Mission in Guatemala, Vice Ambassador Yoav Katz.

Israel Ambassador to Guatemala Matty Cohen traveled together with Katz and the Israeli medical delegation to San Miguel, one of the villages most affected by the eruption, to offer and provide the necessary assistance. The team also went to the Hospital San Juan De Dios, where they helped treat patients who were injured by the volcano’s eruption. 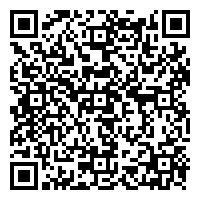