A nationwide strike by nurses in Israel is set to begin Wednesday in hospitals, clinics and public health facilities.


“The nurses of Israel have decided their lives are not expendable,” said Ilana Cohen, chair of the Histadrut Labor Union for nurses. “We have therefore declared a full strike. Until active measures are taken to resolve the unbearable work load and to protect the medical and support health care staff, nurses will not concede.”

Violence against medical personnel in clinics and hospitals in Israel is not new, but it’s been a growing concern in recent years.

Several incidents have been reported, including severe beatings of nurses and/or doctors by family members of patients and in one case even a murder after a nurse was set on fire in March 2017 by an angry, mentally ill patient at an HMO clinic.

Nurses will strike in the ambulatory services at clinics and outpatient departments, among other facilities, and hospitals will be on Sabbath schedules. Delivery rooms, dialysis departments, oncology and fertility departments and intensive care units (ICUs) — including neonatal units (NICU) — will all run on limited schedules as well, with a special team on call for emergencies.

Israeli Health System to Strike After Nurse Set On Fire 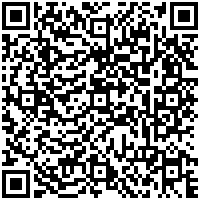