Israel’s Health Ministry has reached an agreement with the Histadrut Labor Union for Nurses, which announced Tuesday that an agreement was reached between the parties on how to deal with violence against medical personnel.

Earlier this week, the union announced a nationwide strike by nurses that was set to begin Wednesday in hospitals, clinics and public health facilities, “in response to the government’s incompetence in handling the extreme violence in the healthcare system.”


There are more than 3,000 incidents of violence against medical personnel each year, including stabbings, beatings and even burning, according to a 2017 report published by the Health Ministry, although only 11 percent are reported to police. Even fewer make it to trial.

The ministry told journalists that security will be substantially increased for medical personnel, along with implementation of other findings of a special committee on violence against health workers. The ministry also said it would add new positions for health care professionals in various fields.

“We have succeeded in adding a significant number of positions to the health system, while reinforcing the personal safety of medical teams,” said Deputy Health Minister Yaacov Litzman. 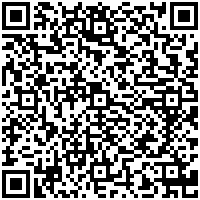