Both Prime Minister Benjamin Netanyahu and President Reuven Rivlin pleaded with residents of the nation of Israel, Jewish and not, on Wednesday night to comply with the restrictions issued by the government to stop the spread of COVID-19. As of Wednesday 9 pm, there were 2,369 confirmed cases of the virus in the Jewish State.

The two Israeli leaders updated the nation in remarks on the latest guidelines designed to stop the spread of COVID-19 in the State of Israel. National Security Adviser Meir Ben-Shabbat delivered brief remarks as well.

Following is a transcript of the remarks delivered by Prime Minister Netanyahu.

For these reasons, many countries, such as Britain, or states in the US such as California and New York, have decided to dramatically stiffen the restrictions they are imposing on their residents. The steps that we have taken here in Israel are today being taken all over the world; however, they are not enough because the number of patients is doubling itself every three days. In two weeks we are liable to find ourselves with thousands of patients many of whom will be in danger of death. Therefore, I am already telling you that if we do not see an immediate improvement in the trend, there will be no alternative but to impose a complete lockdown, except for essential needs such as food and medicines. This is a matter of a few days. We are making all of the requisite preparations – logistical and legal.

In the meantime, we have published emergency regulations for the coming days. They further reduce going out into the public sphere. I know that there are many paradoxes there and it is possible to say a great many things but it does not matter. First, read them and stay home; this is the main thing. I say this as clearly as possible: You must stay home! Stay home – stay alive. The danger lurks for everyone. It does not distinguish between those are bareheaded and those who wear kipot, or between those who wear a kipa and those who wear a kafiyeh; everybody must obey. There are no discounts. ‘Take good heed unto yourselves.’ [Deuteronomy 4:15]

What is required of each and every one of you, beyond obeying the official directives, what is demanded above all, is strict self-discipline. If you do not mobilize to look after yourselves and your families, there will be a disaster here. I have no other way of putting it. Do not go out of your homes! And even inside your homes, be strict about the directives: Wash your hands, air out the apartment, maintain a safe distance. These are not small things. These are matters of life and death.

I would like to tell you about several other important things that we have done. We are investing very great efforts in procurement. There is fierce – I would even say wild and vicious – competition around the world, to acquire medical equipment – protective clothing, swabs and ventilators. We have established a national command center led by the head of the Mossad, together with the Director General of the Defense Ministry and the Health Ministry, to advance medical procurement abroad and to promote the local production of the necessary equipment.

We have dramatically increased the number of tests for the coronavirus. Today we carried out more than 5,000 tests and I would like you to know that per capita that is almost double than in Germany and South Korea – and we will increase it further. In the next 24 hours, we will publish an expanded economic assistance plan to generously help business owners, the self-employed, wage earners and the unemployed. I see and hear the distress. I hear your distress at work, in earning a living, in running a business. This goes to my heart. We will help you. We will look out for you. We have a strong economy. We have resources, great resources even, and we will help you. We will help each other in order to overcome this crisis.

This evening, I cannot tell you, nobody can tell you, when exactly the corona crisis will end. However, we are already starting to think about the day after. We have established a team to plan for after the crisis including the best minds in Israel, in my opinion, among the best minds in the world. The moment we are past the event, we will quickly rebuild our economy and with G-d’s help we will return to normal life.

These are days of gratitude. I would like to express gratitude from the depths of our hearts to the doctors, nurses, medics, pharmacists and police – men and women. The medical teams around the country, together with the security forces, are doing holy work. We all salute you.

Citizens of Israel, the coronavirus joints the deadly epidemics that have hit humanity – the Black Death, cholera and the Spanish flu early in the last century. When these epidemics struck, we did not have a state. Today, Israelis around the world, Jews and non-Jews, are now seeking to come home. They understand how much the country is a refuge in times of trouble. I would like to thank all of the airlines and the air crews for rising to this sacred mission. All of us together, citizens of Israel, are writing a new chapter in the history of Israel. Coming generations will look at us in order to learn how to act in times of crisis. This requires all of us to take personal responsibility. This requires all of us to take national responsibility.

The [Hebrew] month of Nissan, which begins tonight, the month of spring and the exodus from Egypt, reminds us that our people has withstood fierce storms. This gives strength. This gives hope. We survived Pharaoh and though the battle will be hard and uncompromising, we will also survive corona, with G-d’s help and with yours, citizens of Israel. Thank you very much.”

Following is a transcript of the remarks by President Rivlin.

“My fellow Israeli citizens,
We are in complex and difficult times for Israel’s leaders, Israeli society and as part of the family of nations. This evening, further emergency regulations came into force that limit our freedom of movement, our liberty, in a way that has never happened before, all for our well-being, all for the welfare of those dearest to us.

At a time when here, in the State of Israel, we are burying our dead simply, holding weddings without guests, closing yeshivot and synagogues, schools and universities; in these moments of crisis, we must also learn the art of obedience.

My fellow citizens, obedience and listening to instructions is not the duty of Israeli citizens alone. In these fateful days, the are also the primary duty of the elected officials, the public’s leaders, teachers and guides, from all parts of society. We are witnessing confrontations of the most severe kind between the judiciary and the legislature.

And yet, despite the deep fissure between the camps and despite the ferocious rhetoric between the sides, I know that the vast majority of Israel’s leadership, from left and from right, knows that it is the duty of every one of us to obey the rulings of the courts, and that it is inconceivable that anyone would not do so.

And even if someone is of the opinion that the court is wrong in its conduct, whatever the disagreement between us, we must always ensure that the rules of democracy, without which we are destroyed, are upheld. Now that the Speaker of the Knesset has resigned, I am sure that the order of the High Court of Justice will be implemented and Israeli democracy will emerge strengthened and more resilient from these testing times.

My dear ones, this is a time of trouble for Israel. I appeal to you from here, leaders of the main parties, to find a way to present a shared leadership, a responsible leadership, for Israeli society in its time of crisis. Have at the forefront of your minds the terrible disease that is assaulting us and is claiming the lives of our loved ones, that is grievously damaging Israel’s economy and the homes of so many who are battling to survive financially.

I know how short the distance is between you. Each side must understand the other’s red lines and to be flexible on them, on the understanding that we have – we simply do not have – an alternative. Join together for the good of the Israeli people. If not now, when?

My fellow Israeli citizens, once I was a young man and now I am old. As a child I personally experienced the siege of Jerusalem. As a people and as a nation, we have known the most severe moments of existential threat, and we beat them. I have no doubt in my heart that today, too, if we hold fast to public and personal responsibility and to the mutual obligations we have to each other, we can beat this.

We will overcome and will come out of this stronger. Take care of yourselves and of those around you. God bless you.” 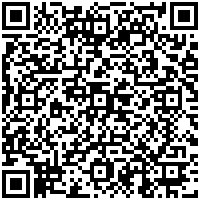