According to the new plan launched on Monday by Minister of Public Security Gilad Erdan (Likud), as many as half a million veterans of IDF infantry units with the training level of Rifleman 07 and up will be entitled to apply for a gun license. Officers and NCOs will not be required to return their weapon and weapon license when they are released from active reserve duty.

In addition, volunteers in appropriate units of the Israel Police, as well as volunteers and paid employees of Magen David Adom, ZAKA and Ichud Hatzalah are now allowed to request a gun permit.


Those who have possessed a firearm license for their private gun for a period of more than ten years may continue to hold it – without proof of compliance with the license conditions.

“Many civilians saved lives during terrorist attacks, and in an age of ‘individual terrorism’ the more skilled civilians are carrying weapons, the greater the chance of thwarting terror attacks,” Minister Erdan explained.

MK Amir Ohana (Likud), chairman of the gun permit policy lobby, said in response to the reform that this is a “significant step towards realizing the right of self-defense.”

“The time has come for a turnaround in a life-threatening policy that has been practiced here for two decades and forced our citizens to defend themselves [against attacking terrorists] with guitars, shopping carts, baskets, pizza trays and umbrellas,” he said.

“A civilian who does not have a criminal and/or relevant medical record and who serves or served in the reserves must be allowed to defend himself and others. Such a person is not the problem, but in many cases – the solution. Today we took a significant step in that direction,” Ohana said.

MK Dov Khenin (Joint Arab List) came out against the reform: “More weapons means more violence, more accidents, and more wounded and killed,” he explained. “The trend should be the opposite: a reduction in the presence of weapons in the civilian space in Israel – which is too high – and certainly not its expansion.”

“Like many bad fashions that the right in Israel imports from the right in the United States, in this case, too, it would better to stop before starting – before there are massacres in schools over here, and before there’s another intolerable rise in the murders of women at home.”

Cases of murder of women in Israel occur more frequently among Israeli Arabs than in other parts of society. According to Ministry of Welfare figures, 42% of the women murdered in 2014 are from the Arab sector (while Arabs comprise 21% of the population). According to data from the Ministry of Public Security, since 2008, there has been a significant increase in the number of female murders resulting from divorce, which is more common among Muslim and Druze women. The rate of female murder is highest among girls aged 18-24.

Some of the murders of Arab women take place against the background of family honor, and some are murdered in the context of inheritance, divorce, child custody, settling accounts among criminals, and hiding crimes such as rape and incest. 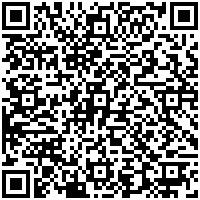