Agriculture Minister Uri Ariel was the first lawmaker to ascend to the Temple Mount on Sunday after Prime Minister Benjamin Netanyahu lifted a three-year ban prohibiting Knesset members and government ministers from entering the sacred site.

Ariel led a group of Jewish visitors to the Temple Mount shortly after 7 am, the beginning of visiting hours for non-Muslims, at the start of the second of three weeks of mourning for the destruction of the First and Second Holy Temples of Jerusalem, which both were built on the site. The “three weeks,” as the period of mourning is called, began on July 1 and concludes with the deeply significant fast day of Tisha B’Av — the Ninth Day of the Hebrew month of Av — the date on which both Temples were destroyed.

Netanyahu’s decision calls for totally free access, but allows Israeli lawmakers to visit the site — one of the holiest in the Jewish faith, and the third holiest in Islam — only once every three months. It also bars the lawmakers from holding any news conferences or making any public statements anywhere near the site or within the Islamic Waqf Authority headquarters in the compound.

Although Ariel said he welcomed the decision by the prime minister, he added that access needed to be expanded.

“The Temple Mount must be open for Jewish prayer all year long, including for public figures,” he said.

“The Muslims are not in charge of the Mount and they cannot use threats and violence to limit [Jewish] entry to the Temple Mount.

“I call on the prime minister to open the Temple Mount to Jewish prayer without limitations for anyone who wishes.

Ariel told those who accompanied him on his visit, using a quote from the Biblical prophet Zecharia, “We hope and pray for Tisha B’Av to be a day of happiness and for the Temple to be rebuilt, so there will be no more fasts, and we will be able to bring all the sacrifices that we read about in this week’s Torah portion; may it come to pass that we are able to carry them out, and not just learn about them.” 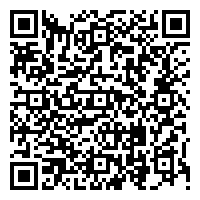