Warning: mysqli_real_connect(): (HY000/2002): No route to host in /mnt/volume_nyc1_15/html/wp-content/db.php on line 1269
 Netanyahu Calls on All European Countries to Follow UK in Labeling Hezbollah a Terror Group | The Jewish Press - JewishPress.com | TPS / Tazpit News Agency | 27 Adar I 5779 – March 3, 2019 | JewishPress.com
This advertisement will close in seconds...
Or click here to close it.
40.7 F
Jerusalem, Israel
17 Shevat 5783 -
? Wednesday, February 8, 2023
Sign in
Welcome! Log into your account
Forgot your password? Get help
Password recovery
Recover your password
A password will be e-mailed to you.

Prime Minister Benjamin Netanyahu has called on all European countries to follow the United Kingdom and completely proscribe the Hezbollah terror organization.

Speaking at the start of the weekly government Cabinet meeting on Sunday, Netanyahu referenced Britain’s decision to completely ban Hezbollah and to define both its political and military wings as a terrorist organization.

“This is an important decision because Hezbollah is a terrorist organization in its own right, and it is also the main terrorist arm of Iran,” he explained, calling on other countries, “first of all in Europe but also around the world, to join this important move by Britain.”

The UK’s Home Secretary Sajid Javid announced the decision last Monday, with the support of Foreign Secretary Jeremy Hunt. Until now, the British Government distinguished between Hezbollah’s military wing, which was banned, and its political wing, which was not.

Being a member or inviting support for Hezbollah is now a criminal offense in the UK, carrying a sentence of up to 10 years’ imprisonment.

Hezbollah’s External Security Organization and its military wing including the Jihad Council were already proscribed in 2001 and 2008 respectively.

Hezbollah was established in 1985 during the Lebanese civil war and is committed to the destruction of the State of Israel. It is funded and supported by Iran.

In its decision, the UK noted that Hezbollah “continues to amass weapons in direct contravention of UN Security Council Resolutions, putting the security of the region at risk. Its involvement in the Syrian war since 2012 continues to prolong the conflict and the regime’s brutal and violent repression of the Syrian people.”

The U.S., Canada, the Arab League and other countries have already designated Hezbollah in its entirety as a terrorist organization. 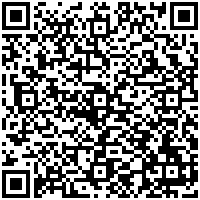