Until further notice, PM Benjamin Netanyahu has ordered that all security cabinet meetings will be held in the secret, underground, secure bunker that hosts the National Crisis Management Center, hidden somewhere in the Jerusalem area, according to a report by Israel’s Channel 10 Barak Ravid.


Cabinet Ministers told Barak Ravid that the reason is to stop the leaks coming out of the meetings, in particular regarding discussions on Syria and Iran.

Another possibility is that it’s to stop the leaks about President’s Trump’s peace plan, that opposition MK Yair Lapid has been talking about.

Only a limited group of people are authorized to enter the underground bunker. There’s also no cellphone service in the area of the bunker.

As an aside, the new Jerusalem train station also has a bunker 80 meters underground that can withstand a nuclear attack. It can hold up to 4000 people.

The new train station in Jerusalem includes a bunker that can withstand a nuclear attack 80 meter underground pic.twitter.com/N3vpRkFA9C 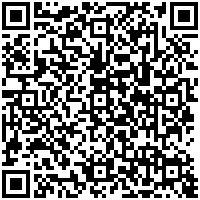