The municipality of Tel Aviv-Jaffa (Yafo) announced a few minutes before 10 pm Monday night that it was opening public bomb shelters in the city.

Barely a minute later, a fresh barrage of rockets was fired at Israel from Gaza, targeting communities near the Gaza border and at the coastal city of Ashkelon.


More than 150 rocket and mortar launches from Gaza were aimed at Israel since the afternoon, the IDF said. The Iron Dome anti-missile defense system intercepted many the rockets in mid-air.

One building in the border city of Sderot was also damaged in a burst of rocket fire a few minutes after 10 pm. There were no reports of physical injuries.

The IDF said just before 10 pm that it attacked ‘two rocket launchers, two military positions and eight terrorist operatives of the Hamas terrorist organization in the Gaza Strip,’ in response to the rocket fire.

In addition, the IDF announced a few minutes before midnight that it has closed the Kerem Shalom land crossing into Gaza in response to the rocket attacks.

The strikes come rocket attack alerts continue to activate in southern Israeli communities. A barrage of at least 15 rockets was fired Ashkelon shortly after 9 pm.

Israel declared a state of emergency Monday night in the area up to 40 kilometers (25 miles) around Gaza after a situational assessment held earlier in the day.

IDF Home Front Command ordered all schools closed in communities located within the 40-kilometer (25 mile) range from Gaza. In addition and on their own cognizance, mayors in Rishon Lezion, Ness Ziona, Rehovot, Bat Yam and Holon also decided to close schools in their cities.

Arabs in Jerusalem continued clashes throughout the evening with Israeli security forces at the Damascus Gate entrance to Jerusalem’s Old City and on the Temple Mount.

Hamas authorities in Gaza claimed 20 people were dead and 95 were wounded as a result of Israeli air strikes, including nine children, according to a report by Haaretz. Three of those children were killed by Hamas when one of its rockets misfired as it was being launched from a heavily populated civilian area in Gaza.

“This evening, on Jerusalem Day, the terrorist organizations in Gaza have crossed a red line and attacked us with missiles in the outskirts of Jerusalem,” Netanyahu said in remarks earlier in a Jerusalem Day ceremony at Jerusalem’s Ammunition Hill.

“Israel will respond with great force. We will not tolerate attacks on our territory, our capital, our citizens or our soldiers,” he said.

“Those who attack us will pay a heavy price,” Netanyahu said, adding “the current conflict could continue for some time.

“We do not seek escalation but whoever chooses to escalate will feel the weight of our arm,” he said.

“We will carefully choose the timing of our response and the force of the confrontation with our enemies. This is not new.” 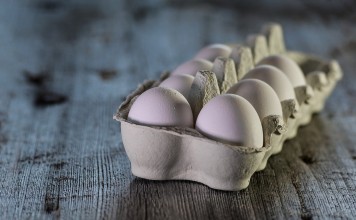 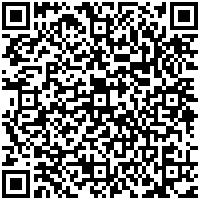