A middle-aged woman was walking on the sidewalk on Ben Tzvi Sreet in Netanya Monday morning when she was hit by an electric bicycle rider. Worried relatives called United Hatzalah’s Dispatch and Command Center which immediately alerted nearby EMTs and other medical personnel.

Maor Moshe Kamisa, a United Hatzalah volunteer EMT, was about to leave his house for a DMV appointment when his communications device beeped, alerting him to the emergency. Maor immediately got on his ambucycle to drive to the other side of the neighborhood, which delayed his appointment.

As Maor pulled up at the scene, another volunteer, Omer Tal, together with a third EMT pulled up as well. The trio found the woman amid panicked people who were trying to provide her with basic medical care. The EMTs asked them to clear a path and proceeded to check the woman’s vital signs. Due to the severity of her injury, she was only responsive to pain. Maor saw the woman had suffered severe head trauma and was bleeding profusely. He instructed the other EMT to grab his medical kit and use the trauma bandages to stop the bleeding. Moshe then attached a C-collar, immobilizing the woman’s neck to prevent damage to her neck and spine.

An ambulance arrived after another few minutes, and Maor and Omer, together with the other EMT, helped the paramedics get the woman onto a gurney and ran a few last checks to make sure the woman was stable before being transported to the hospital for further medical care.

Maor said after the incident: ‘’Being an EMT is truly fulfilling. It can cause stress at times, but nothing can match the feeling of having just saved a person’s life. I believe in the adage that ‘giving is receiving.’ When I give a person the chance to extend their lives by helping them in an emergency, I get life back. As an EMT, I get to be an example for my children and those around me to do good for others now and to save lives later on. Who knows, one of the people that I inspire might save my own life one day.’’ 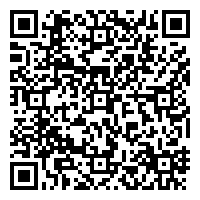