Editor’s Note: Today is November 29, the 75th anniversary of the 1947 United Nations vote approving the Partition Plan for Palestine. JewishPress.com has published many articles about that sea-change event, but the one that stands out as the most relevant from today’s perspective was authored by Ari Fuld HY”D, detailing some of the key shortcomings of this resolution, the price of which he paid and we continue to endure. We present it again below.

This is the kind of information that most people simply don’t know and those that do, are too dishonest to discuss it. It is important for you to read and then share it out. It’s time to reclaim the narrative for the sake of truth!

Jordan is a State that was created in 1946 (two years before Israel). The area was known as Trans-Jordan (the other side of the Jordan River) and was 70%+ of what was British Mandated Palestine.

The Hashemites have no historical, national or religious ties to the land they are currently occupying. In 1946 the League of Nations accepted the illegal occupation by the Hashemites and recognized a new State called Jordan which was declared on 70% of what was British Mandated Palestine.

In November 1947 the UN passed resolution 181, which is also known as the partition plan. One Jewish country and one Arab country on what was at the time the British Mandate of Palestine.

As a Jew who was already robbed of 70% of the Land of Israel, I find the name partition offensive. My indigenous land was already partitioned and there already was an Arab country on 77% of what was British Palestine.

So the UN passed a resolution that the remaining 30% of land that was not robbed from the Jewish people be split up again and offered to the Arab League. There was no excuse for the UN to make such a resolution and yet the Jews at the time accepted the resolution as we are hungry for life.

The Arabs refused the partition plan as they would not accept any Jewish presence or ruling in the Land of Israel. In response to the partition plan, they attacked the young Jewish country with the goal of destroying it and pushing the Jews into the sea. With God’s help and many very brave Jewish soldiers, Israel won the war.

The map after 1948 was a mess for the Jewish people. Jordan occupied Jerusalem, Judea, and Samaria and kept Jews out of all the areas. They built a wall in Jerusalem and any Jew who attempted to reach the Old City would have been shot dead. Countless synagogues were destroyed by the Jordanians and Jewish cemeteries were desecrated on Mount of Olives.

Jordan ruled over Judea and Samaria, Egypt ruled over Gaza and Syria ruled over the Golan Heights. For those that do not understand the importance of the sentence above, it means that all the lands that the Arabs call “occupied” were under Arab control between 1948-1967! Was there peace?

It was Jordan, Egypt, and Syria that built the refugee camps and stuck their own Arab brothers and sisters in them to create a refugee problem in order to bash Israel. If creating a new State called Palestine was the goal and all the Arab countries are in favor of such a State, why didn’t Jordan Egypt and Syria help the “Palestinian” Arabs start a State during those 19 years (1948-1967).

You are probably saying this is enough to completely destroy the anti-Israel propaganda, but it gets much better (or worse).
Today, Jordan is ruled by a king.

Over 75% of Jordan’s population are Arabs who call themselves “Palestinians”! So why hasn’t the majority of “Palestinians” taken over?
Because Jordan does not give them full rights!

In fact, Jordan has the largest “Palestinian” refugee camps!

Where is the UN? Where is UNWRA? Where are the SJWs? Where are all the Leftists who care about Human Rights?

Just to sum up, Jordan sits on 77% of British Palestine and has a majority of over 75% of Arabs who call themselves “Palestinians”. Why aren’t the Arabs, who so want to create a Palestinian State, not fighting over 77% of the Land where they are a 75% majority? Why are they fighting over a small sliver of 23% where they are the minority? The answer is simple.

Now, can we start fighting for truth and stop giving into false diplomacy that is based on lies? 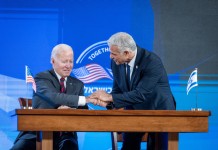 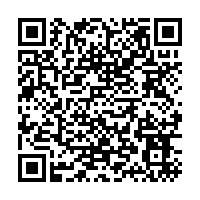