Late Sunday, after 11:00 PM, a man in his 50s in Be’er Sheva who had been feeling ill, asked his wife and son to take him to an urgent care clinic. While on the way, the man suffered a sudden cardiac arrest in the middle of an intersection on Eliyahu Nawi Street near the Big shopping complex. A police officer who was on duty at the intersection saw the family’s vehicle pull over and came to investigate, quickly called for emergency services to help, hauled the man out of the vehicle, and initiated CPR.

Now, let’s take you back a few minutes before that incident: Chen Nohar, a United Hatzalah volunteer EMT, had just come home after responding to several medical emergencies that took place toward the end of the fast of Tisha B’av. Just as he was parking his ambucycle by his building he received an emergency alert about a man suffering respiratory problems. He got back on his ambucycle without pause, not even telling his family he was back and gone again, and rushed out to the emergency. When he arrived at the address, an air raid siren sounded and a huge barrage of rockets was launched from the Gaza Strip at Be’er Sheva and the surrounding area.

Chen and Moshe Bitton, another United Hatzalah ambucycle volunteer who had also arrived at the emergency, ran inside the building to a protected area until the all-clear was sounded a few minutes later. By the time they were able to exit the protected area, a mobile intensive care ambulance had pulled up. After making sure the ambulance team was fully staffed, equipped, and ready to take over, Chen and Moshe left them to care for the first patient while they headed out to another emergency nearby involving a man who had fallen while running for shelter from the rockets.

But before they arrived there, the pair of first responders received an alert regarding the unconscious man on Eliyahu Nawi Street we met at the beginning of this busy tale of what amounted to very few but incredibly intense minutes. United Hatzalah’s Dispatch and Command Center directed the pair to respond to the unconscious man because of their proximity and directed other responders to the incident with the falling man who had sustained only light injury.

Chen and Moshe arrived a minute later on Eliyahu Nawi Street. Moshe relieved the police officer and took over performing compressions while Chen quickly attached a defibrillator. “The defibrillator advised a shock and I administered it,” Chen recounted after the incident. “It was one of the most incredible things I have ever witnessed. After just one shock the man’s pulse returned to a steady rate and a moment later he began breathing on his own. The man even began to regain consciousness, all before the ambulance arrived.”

“The night was certainly one I will remember for a while for a few reasons,” Chen added. “Responding to emergencies under rocket fire and reviving a person by doing a successful CPR in mere seconds are not things that I am used to. It was a very special way to save a life. I checked in on the man in the hospital today, and after undergoing surgery to alleviate the causes of his cardiac arrest, he is fully awake and talking with his doctors. It was an incredible save and one that will stay with me for a long time.” 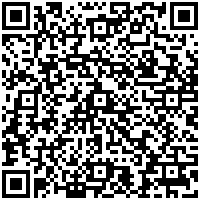