A diverse group of middle school graduates from two Hebrew Language public schools in the US, toured Israel this month after studying Hebrew and Israel for the past eight years. Hebrew Public Charter Schools for Global Citizens runs four state-funded public charter schools in Harlem, Brooklyn, and East Brunswick, NJ, that teach modern Hebrew to children of all backgrounds and prepare them to be successful global citizens. The enrollment is 35% black, 6% Hispanic, 55% white, and 4% other.

With the exception of core subjects such as English language arts and math, Hebrew is woven into the curriculum through a team-teaching model with Hebrew teachers alongside general education or specials teachers.


The original Hebrew Public Charter Schools for Global Citizens facility, in Brooklyn, had a troubled start in the 2012-13 school year, when it was among 23 city-wide schools that failed the New York City Department of Education Progress Report. The schools would have been placed on a watch list and threatened with closure, but Mayor Bill deBlasio has since announced that no schools would be closed on the basis of the progress report. It is believed that as the Hebrew Language schools network has expanded, its academic performance has been improving.

The group of 32 students enjoyed an opportunity to deepen their connection with the country they have studied for years as they learned Modern Hebrew. The students experienced a full 10-day schedule packed with camel riding across the Negev, digging through ancient tunnels, boat ride in the Mediterranean, hiking Mt. Meron, and biking in the Hula Valley.

The eighth-grade students also visited some of the formative places associated with Israel’s history and the three monotheistic religions. A walk in Jerusalem on a Saturday morning took them to significant sites at the Old City’s Christian and Muslim Quarters. They also visited the Tel Aviv Stock Exchange, and the Technion, and toured the Keter plastic factory in Herzliya. They met their peers in Sderot and in Yad b’Yad—a Jewish and Arab school in Jerusalem.

Asia Hankerson, 13, said her favorite part of the trip was climbing to Masada and floating in the Dead Sea.

“I loved Masada and the Dead Sea the most because of the formation of the rocks, the mountains and just the overall view of the land,” Hankerson said. “This trip definitely helped me experience a new culture and the lifestyle. From what I’ve experience in Israel, I would definitely love to visit again or even live here.”

Michael Brukson 13, said he had learned so much about Israel over the 10 days, especially from the trips to the Technion and the Innovation center in Tel Aviv. “This trip has helped me understand the different technologies invented in Israel and how they are used,” he said.

Amanda Rodriguez 13, said the entire experience had been “just amazing,” adding, “From going to the bullet factory to seeing religious sites it has been truly amazing and I am so grateful.” 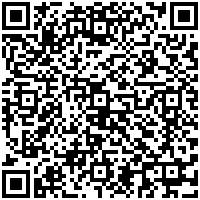