Israel’s High Court of Justice on Monday ruled that the government can hold the bodies of terrorists for future negotiations with terror organizations, reversing a ruling from 2017 that banned the government from doing so.

The new ruling will allow the government to bury the terrorists’ bodies temporarily until a deal is reached with terrorist organizations, in which the bodies will be returned to the families and to the organizations they belong to in return for concessions to Israel.

The judgment denied an appeal by the families of six terrorists whose bodies are currently held by Israel. The terrorists in question include the terrorist who murdered 13-year-old Hallel Ariel in her bed and those who murdered Rabbi Michael Mark and critically wounded his wife.

Hamas is currently holding two Israeli citizens, Avera Mengistu and Hisham al-Sayed, as well as the bodies of two Israeli soldiers who were killed during Operation Protective Edge in the summer of 2014, Lt. Hadar Goldin, of the elite Givati Reconnaissance Unit, and Cpl. Oron Shaul, of the Golani Brigade.

“I commend the High Court’s ruling, which corrected a mistake made in a previous ruling. A disgraceful terrorist deserves no dignity, neither alive nor dead,” he said.

“The government must be granted the opportunity to pressure terror organizations to return our soldiers’ bodies and our citizens, and not tie our hands in the war against the terrorists,” Erdan added.

Meirav and Herzel Hajaj, parents of IDF soldier Shir Hajaj who was murdered by a terrorist in 2017 and representatives of the bereaved families’ organization “Choosing Life,” also spoke out in favor of the ruling. 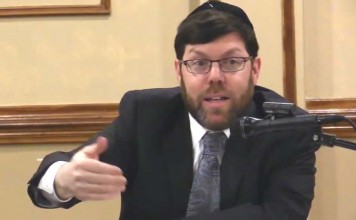