Maniv reported on national television that Naumberg, of Mechinat Atzmona, a prominent religious pre-military academy, attacked the secular population and expressed opposition to military service. The report included alleged quotes of Naumberg saying “Ben Gurion is worse than Antiochus,” that “secular people are evil,” and that “IDF service is forbidden.”

The reporter underscored that Education Minister Rabbi Rafi Perez, of the Yemina party, was the head of Atzmona at the time the scandalous statements were made.

It was later exposed by journalists, including Harel Segal and Kalman Livskind, that Channel 13 had selectively cropped out statements from the original video, which clearly showed that Naumberg’s statements were part of a larger discussion that compared and contrasted the views of Religious-Zionism to those of the Ultra-Orthodox, and he had clarified multiple times in the lesson that he was not expressing his own views.

Maniv’s misreporting sparked outrage on social media and in the Israeli political sphere, a week ahead of the election. Many charged that Maniv’s reports were outright lies and accused of committing character assassination against Naumberg.

Maniv responded to the backlash with an apology he posted on Twitter. “I apologize,” he wrote, “I watched the classes from the pre-military academy before the story I published, and after today’s publications. I took a deep breath (a lot of them). I watched again and realized that the things that were said in the classes were different from how I portrayed them.”

“Nothing is more important to me than being precise; when my name is attached to an item, it should be ironclad. It’s a shame that this has led to satisfaction at my misfortune from some of the politicians I cover. My apologies,” he added.

The Yamina party called upon Channel 13 News to apologize to Rabbi Naumberg in prime time and to take disciplinary actions against Maniv, who reported the accusations.

“Unfortunately, this is not the first time reporters crop segments and report partial facts, in order to harm the religious-national public, the yeshivas and the pre-military academies in particular,” they wrote in a letter to channel 13.

“Clearly, these actions have no connection to true and honest journalism,” they added, demanding that the channel clearly apologize during prime time and suspend Maniv as a reporter for the channel. 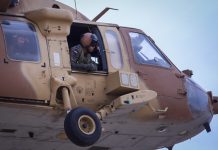 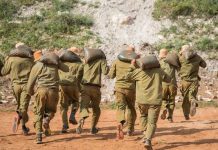 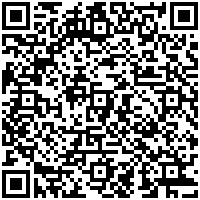