Speaker of the US House of Representatives Nancy Pelosi (D-CA) visited the Knesset on Wednesday, leading a Congressional delegation. Speaker Pelosi and her husband, Paul, were received in the front plaza by Speaker of the Knesset MK Mickey Levy (Yesh Atid) with trumpets playing the anthems of both countries.

After signing the Knesset guestbook, House Speaker Pelosi said, “The security bond between Israel and the United States is ironclad; our friendship is eternal.”

In his statement to the media, Speaker Levy said to Speaker Pelosi: “The State of Israel cherishes your uncompromising battle for its security. You stand by us even in the toughest times, as we saw just recently during Operation Guardian of the Walls in Gaza. Passing the Iron Dome Supplemental Appropriations Act will be forever recorded in your name, and will always remain one of the greatest shows of support by the American people and the US House of Representatives for the State of Israel. The State of Israel could not ask for a better friend.”

Speaker Levy commented on the tension on the Russian-Ukrainian border, saying: “Your visit here today is being held while winds of war are blowing in Eastern Europe. We express concern at the ongoing escalation, and hope that the United States, along with its European partners, will succeed in calming the situation by diplomatic means and will prevent loss of life, as it has done in the past.”

On the Iranian issue, the Knesset Speaker said: “Iran is not only Israel’s problem, but it is also a regional and global problem. Its missiles reach Europe, and so it must not be allowed to develop nuclear capabilities.”

During the press conference, Speaker Pelosi said she was honored to return to Israel and the Knesset for the first time since January 2020, when she was part of an American delegation that took part in events marking the 75th anniversary of the liberation of the Auschwitz-Birkenau concentration camp. The current delegation, she said, represents the bipartisan, bicameral commitment of Congress to “an unbreakable bond between Israel and the United States, built on mutual security, our economic interests, our common values—our commitment to democracy.”

Speaker Pelosi said, “We are very proud of our president, Joe Biden, who for many decades has had a long-term commitment to Israel… And that is reflected in his policies as President of the United States,” as well as during his time in Congress and as Vice President.

Speaker Pelosi added: “I have long said, Mr. Speaker, that the greatest political achievement of the 20th century was the establishment of the State of Israel. I am very proud that America is Israel’s oldest ally.”

Pelosi stressed the commitment of the United States to Israel’s regional security and mentioned in this regard that last September the House “passed additional funding for the Iron Dome” and “we are hoping to get that done very soon in the Senate.”

The US and Israel stand together in the “fight against terrorism posed by Iran both in the region, and also its nuclear development. The nuclear threat of Iran is a global one. It’s a threat to the world. Israel’s proximity to Iran is a concern to all of us,” Pelosi said.

She continued: “Our nations will continue our partnership addressing the climate crisis, which poses an urgent threat to public health, economic security, and national security.”

The American delegation, Speaker Pelosi said, “is also here to reaffirm America’s commitment to a just and enduring two-state solution, one that embraces and enhances stability and security for Israel, Palestinians, and their neighbors… Our nation will continue to work with Israel towards this solution, as we pave a path toward peace with your leadership. In all the challenges we face, the relationship between the Knesset and the Congress is crucial and long-standing.”

The Knesset Speaker and the House Speaker were photographed against the backdrop of the large mosaic on the northern wall of the Chagall State Hall, depicting the Western Wall, the Old City, and the Tower of David, with a seven-branched Menorah at its center. This is the first time that an official photograph has been taken in the Knesset with this mosaic serving as a background; the mosaic was created in 1966 by artist Marc Chagall. 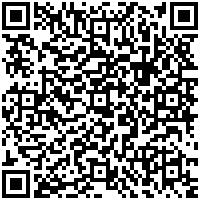